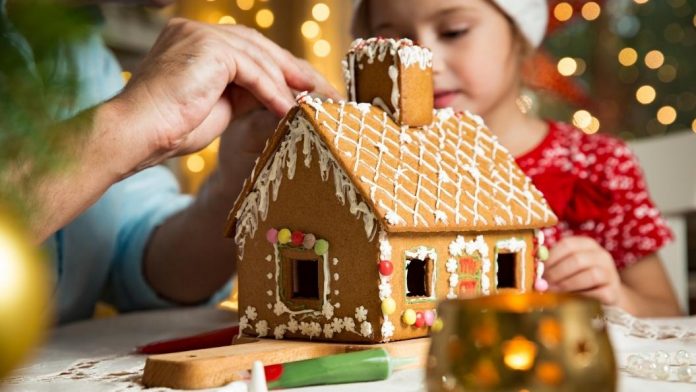 Every year on Christmas, we see an influx of Gingerbread. Whether it be gingerbread men, gingerbread cookies or gingerbread houses, they are just about everywhere in the holiday season! But why exactly do we eat gingerbread during Christmas?

Ginger root was first cultivated in ancient China, where it was commonly used as a medical treatment. Gingerbread itself is said to have originated from Medieval England, where the term gingerbread simply meant ‘preserved ginger’.

However, the first known recipe for Gingerbread is said to have come from Greece in 2400 BC. Eventually, every culture in the world began making their own adaption of the gingerbread recipe, with many Western countries beginning to decorate the hard biscuits.

Countries such as England, France, Holland and Germany would host ‘Gingerbread Fairs’ centred around gingerbread cookies. The shapes and designs would change with the season.

The figure shaped gingerbread men is often credited to Queen Elizabeth I. She had them baked to resemble the likeness of important guests she was expecting.

Many believe that the tale of Hansel and Gretel created a surge in the popularity of Gingerbread houses. The story includes the memorable line, “When they came nearer they saw that the house was built of bread, and roofed with cakes, and the window was of transparent sugar.” (In later versions it became gingerbread, rather than just bread).