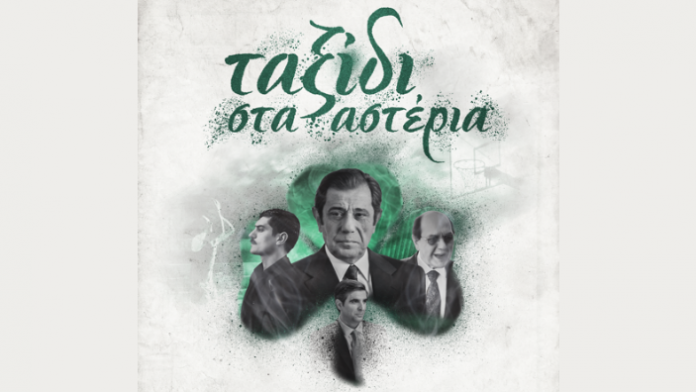 A film which shares the story of 100 years since the establishment of Panathinaikos BC will be available to all Greeks worldwide on June 27 via online streaming.

Journey to the Stars has been in the making for many years and Panathinaikos BC OPAP is now proud to announce that the production is ready to be shown worldwide.

In 1987, the Giannakopoulos family, a family who adored “Panathinaikos” deeply, decided to take over the reins of the club’s men’s basketball team – a decision that has, without a doubt, led them on a trip to the stars ever since.

This wonderful journey, filled with so many indescribable moments, ranging from impressive victories to unexpected defeats, and unmeasurable joys to undeniable sorrows, but most importantly, six European championships, is captured throughout this film.

Journey to the Stars will be playing in Greek movie theatres from September 2021, but will also be available to view online on June 27 via viva.gr.

The movie will be screened in three different time zones, so that all Greeks living in Europe, America and Australia will have access to it.

What is the film about?

The film journey will begin from the founding of the men’s team in 1919, the first presentation of the women’s team in 1937, the stance and actions of resistance of its athletes during the years of Occupation, how the team’s trophies were protected by the conquerors, and the build of the indoor hall under the stands of “Apostolos Nikolaidis” and its naming as “Tomb of the Hindu.”

Moreover, including the qualification into the top “4” of UEFA Cup Winners’ Cup, the cartoon depiction of the historic van of Greek professional basketball player and coach, Kostas Mourouzis, until the overtaking of the team’s ownership and administration by the Giannakopoulos family – marking the notable turning point in Panathinaikos’ history – and has indisputably established the basketball club as one of the top teams in Europe since then.

Big and small stories of the highly celebrated, but also the  “invisible” protagonists from the hundred year journey of the Panathinaikos basketball team have been filmed in independent moments, which will, at times, have the audience laughing, and other times in their emotions, creating an intense and fulfilling experience for all.