5 facts you need to know about music in Ancient Greece 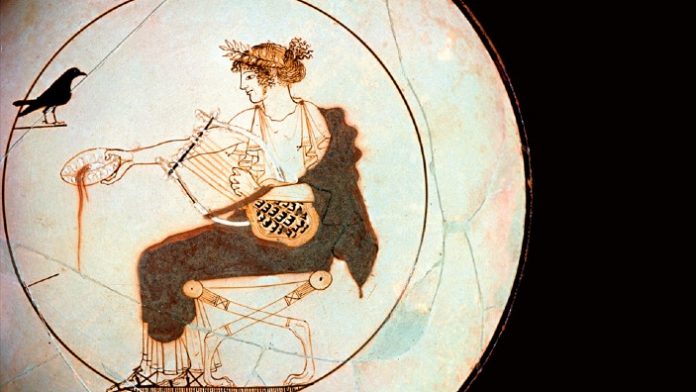 From establishing the first music school in Crete to religious celebrations, these are 5 facts you need to know about music in Ancient Greece.

In Ancient Greece, music was seen as a gift of the gods and they considered that music could have a valuable effect on both body and mind of the listener.

The invention of musical instruments was attributed to specific deities including the lyre to Hermes, the flute to Athena and the panpipes to Pan.

According to historical evidence, Greeks started studying the theory of music from the 6th century BC. The earliest surviving text on music is the Harmonic Elements of Aristoxenos, which was written in the 4th century BC.

Music developed into an important element in the studies of philosophy by the followers of Pythagoras, the Greek philosopher and mathematician, who supposed that music was a mathematical expression.

3. The first school of musical education:

According to Plato, the first school of musical education was founded from the people of Crete followed by the music schools of Athens, where students were taught to sing and play the lyre. In Ancient Greece, they believed that music taught order and discipline while allowing the educated to appreciate better the musical performance.

Music was associated with religious occasions in Greek cities including the Panathenaia and the Dionysia festivals in Athens.

Music contests in athletic competitions had a religious nature in honour of the gods and the earliest such competitions were held in Argos, Paros and Sparta.

The musicians of Greece, also known as the makers of songs or melopoioi, were often regarded as composers and lyricists of the music they performed.

In Ancient Greece, musicians had an elevated society status, indicated from robes and their presence on the lists of the royal household.