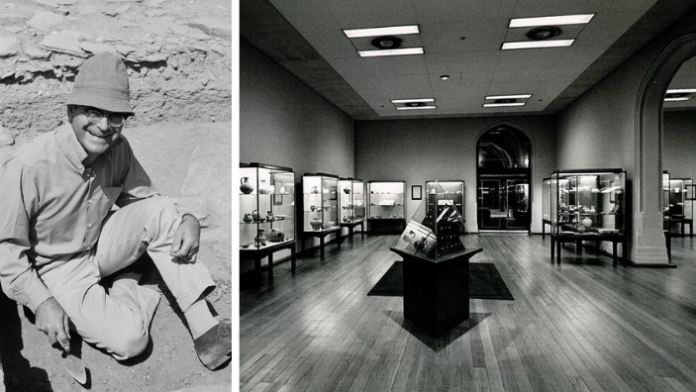 The Estate of Alexander Cambitoglou has been placed on the Australian Financial Review’s ‘Australia’s top 50 philanthropy list’ for 2020-2021, ranking at number 37.

The list, which measures charitable donations for the year ending June 2021, is valued at $942 million. This valuation came just 2 percent less than the previous year’s high record of $964 million.

The estate of the late long-serving professor at the University of Sydney’s classical archaeology department left 6 million dollars to the university’s Australian Archaeological Institute at Athens (AAIA).

Professor Cambitoglou was born in Thessaloniki and was a renown antiquities collector and pioneer until his death at the age of 96 in 2019.

Dr Stavros Paspalas, director of the AAIA, was a long-time friend of Professor Cambitoglou and told The Greek Herald back in 2021, that his colleague left his mark on the field of Greek and Mediterranean studies.

“Professor Cambitoglou was one of the most influential figures to have shaped the study of Classical antiquity in Australia,” Paspalas says.