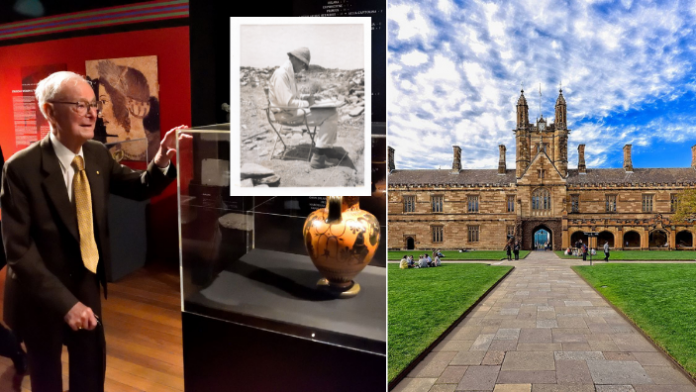 The late Professor Alexander Cambitoglou AO has left a bequest of approximately $6 million to his founding Australian Archaeological Institute at Athens (AAIA) facility at the University of Sydney (USYD).

Dr Stavros Paspalas is the director of the AAIA and says his long-time friend and colleague has left his mark on the field of Greek and Mediterranean studies.

“Professor Cambitoglou was one of the most influential figures to have shaped the study of Classical antiquity in Australia,” Paspalas says.

“The bequest upholds his vision for the Institute to promote Greek and Mediterranean studies in Australia.”

Professor Alexander Cambitoglou AO is an antiquities collector and pioneer who was born in Thessaloniki in 1922 and died in Sydney aged 97 in 2019.

He went on to become the first person of Greek background to be appointed to a university professorship in Australia, as Professor of Classical Archaeology in 1963.

The AAIA has allowed Australia to have its own academic representation in Greece for the first time and has since been a major force in the growth of Australian participation in Greek archaeology.

“He firmly believed that a global approach to the subject was needed and aimed to bring the findings of his discipline both to Australian students and the wider public.

“Through sheer dedication and hard work he created a legacy that ensures that Greek studies will thrive in Australia, so bringing his two ’homelands’ together.”

“His influence as an inspiring teacher continues to add to the collection with the recent acquisition (through donated funds in his honour) of a 6th century BCE black-figure amphora made in Athens.”