British comedians, Steve Coogan and Rob Brydon, travel for us in ‘The Trip To Greece’ 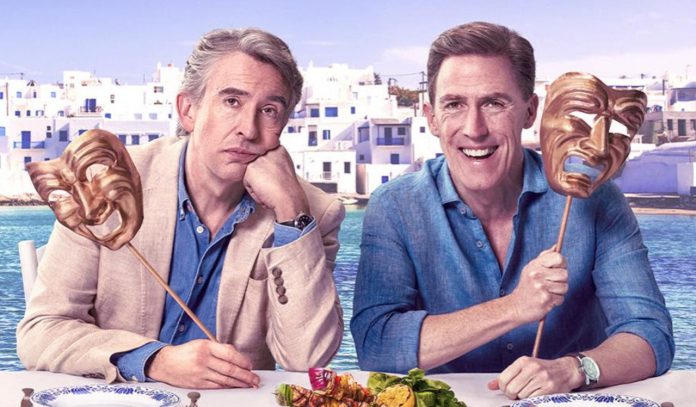 Internationally-acclaimed British comedians, Steve Coogan and Rob Brydon, are back in action with their latest series of The Trip.

Directed by Michael Winterbottom, ‘The Trip to Greece‘ sees Coogan and Brydon retracing the steps of Homer’s Odysseus in only six days. Naturally, they spend much of their time enjoying fine dining, waxing philosophical and impersonating everyone that comes to mind.

At a time where we’re isolated in our homes — not to mention, bereft of many new productions out of Hollywood — the return of Coogan and Brydon couldn’t have been more timely. Seeing the two galavant across the Grecian countryside will be quite a feast for the eyes.

IFC Films released the first trailer for the film today, ahead of its May 22nd home-video release on YouTube and Google Play. The previous three films from the series are currently available for streaming on IFC Films Unlimited.