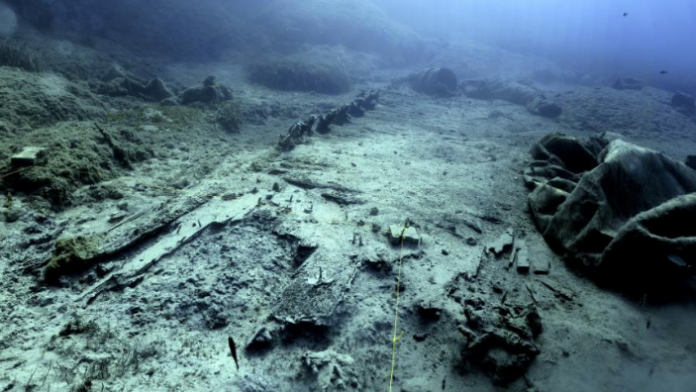 The Greek Ministry of Culture recently conducted their latest underwater investigation of the ‘Mentor’, one of the ships used by Elgin to transport the Parthenon Marbles to Britain, and they have published their findings.

To shed more light on how the ship was built and what life onboard was like for passengers and crew, the underwater archeologists conducted a detailed investigation of the ships hull and analyzed small personal belongings that were find in the wreck.

The Mentor was commissioned by Thomas Bruce, 7th Earl of Elgin, the then British Ambassador to the Ottoman empire, to transport antiquities from Greece to the United Kingdom at the end of the 19th century.

During this time, the ambassador was engaged in a systematic and widely controversial campaign to remove sculptures from the monuments of the Acropolis.

The latest expedition took a year and archeologist, Dimitris Kourkoumelis, spearheaded a team of archeologists, marine biologists, engineers and conservation experts to investigate the historic wreck.

Among the artifacts found in this part wreck was the well-preserved base of a theodolite, a surveying instrument used for measuring angles.

The object is of particular importance, as the Mentor was carrying the well-known surveyor, diplomat and antiquarian, William Martin Leake, at the time of its sinking.

The Mentor sank enroute to Malta in a violent storm near the port of Avlemonas, off the southeast coast of Kythera.

At the time of its sinking in September 1802, the ship was carrying 17 crates of antiquities, including elements of the Parthenon sculptures, violently dismembered from the façade of the temple by Lord Elgin over the course of the preceding year.