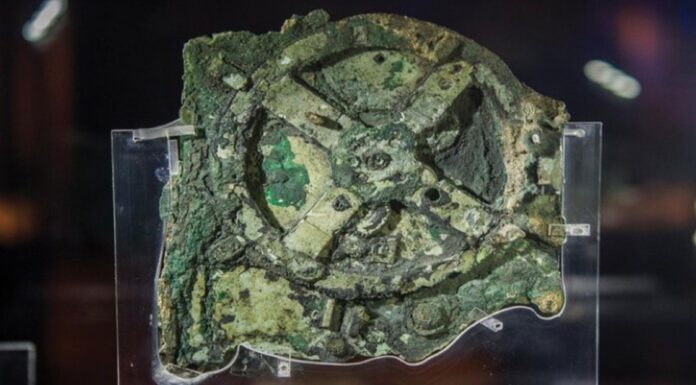 The Antikythera Mechanism is described as the oldest analogue computer, which was found on a shipwreck off the coast of Antikythera in 1901. The device served many functions, but here are 10 fascinating things you need to know about the Antikythera mechanism.

1. The Mechanism Was Discovered Amongst Other Unique Items

Sponge divers from Symi discovered the mechanism in 1900. The Roman ship was discovered at a depth of 45 metres along with numerous artefacts, discoveries and items found. These included statues, coins, jewellery, pottery and glassware. However, the Antikythera mechanism was not found until 1901.

2. There is a Link to Julius Cesar

How does a Roman Empire have ties with the Antikythera Mechanism? Well, it is believed that the ship that crashed was heading to Rome from Rhodes. The items on the ship were classified as treasure, which were looted. The ship was preparing for a triumphant parade in honour of Julius Cesar.

3. The Antikythera Mechanism Follows the Movements of the Sun and Moon

In 2008 at Cardiff University, modern computer x-ray tomography read fading inscriptions which were present within the machine. It was discovered that there was 37 bronze gears which allow it to follow the movements of the Sun and Moon, through zodiac which can predict eclipses. There is a silver ball which also displays lunar phases.

4. The Mechanism Shaped the Olympic Games

The Antikythera Mechanism had 2 large dials. The large upper dial had a moving pointer to show the 235 synodic months in the Metonic cycle. This is a period of 19 years where the phases of the moon occur at the same time of the year. On top of this, a dial showed when the ancient Olympic Games should take place. The large lower turn dial indicated when there would be a lunar eclipse.

5. The Way It Worked Is Lost

The way in which the mechanism was operated has been lost. It was operated by a small hand crank which would be turned. This was linked through the crown gear. This would move the date pointer to the correct day on the Egyptian calendar. Moving the crank would cause all interlocked gears to rotate showing the exact position of the Sun and Moon.

6. LEGO has Its Own Model

A fully working model was constructed from LEGO in 2010. It was also featured in a short film and has since been displayed in museums worldwide. The mechanism has also been featured on Google, the BBC and on the video game Eve Online.

7. The Antikythera Mechanism Is Also a Coding Tool

Nowadays, computer codes are inputted within them. However, with the Antikythera Model, coding was done manually by the user using the series of gears. Entering the date on one gear could produce amazing astrology results. Another gearing/coding tool, the calculator did not hit Europe until the 1600s, so the Antikythera Mechanism was definitely advanced for its time.

Each dial had different functions which could be all be used through a simple crank. There would be little stones which move across the machines interface to show the motion of planets like Mercury and Saturn in the night sky. It also included solar and lunar calendars as well a pearl-sized ball, which would rotate based off the phase of the moon.

9. The Mechanism Was Untouched for 75 Years

After discovering the mechanism, the gold statues and jewellery took priority over this rusty old blast from the past. It wasn’t until 1951 that the mechanism was actually looked at. 20 more years of study and research, and a publication about the mechanism was released in 1974. This was made by historian Derek De Solla Price, however, his death to 1983 left a bigger question as he never understood how to actually use the mechanism.

10. Why It Was Used Remains A Mystery

Although the functionality has been discovered, how and why it was being used has remained a mystery to this day. It could have been made in a temple or school, or by a rich family. There is simply nothing else to compare it to, so discovering why these people actually used it could be a secret that will never be told.