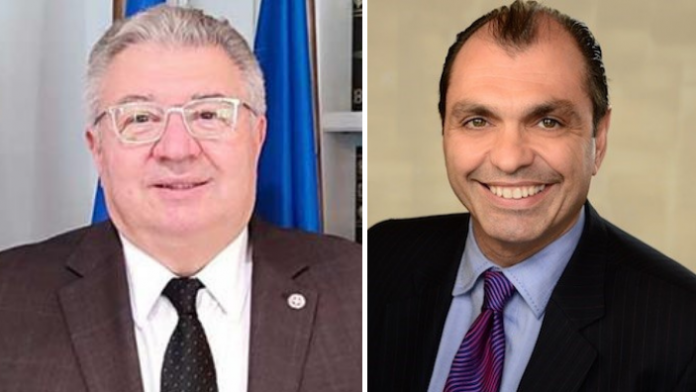 The Secretary General for Greeks Abroad and Public Diplomacy, John Chrysoulakis, held an online meeting with the President of the Kytherian Association of Australia (KAA), Emmanuel Alfieris, on Tuesday to congratulate him on the Association’s centenary celebrations this year.

During the meeting, Mr Chrysoulakis spoke about the long history of the KAA, and described the varied initiatives implemented by the General Secretariat for Greeks Abroad to promote Greek language and culture around the world.

Mr Chrysoulakis also invited Australia’s doctors and medical professionals of Greek heritage to attend the 1st Hellenic Diaspora Forum to be held in Thessaloniki on July 15 this year.

For his part, Mr Alfieris warmly thanked Mr Chrysoulakis and emphasised that in the 23 years he has been involved with the Greek community in Australia, this is the first time he’s had this type of contact with a representative of the Greek government.

READ MORE: Kytherian Association of Australia President Emmanuel Alfieris: ‘We do all this for our youth’.

Given the cordial environment of the meeting, Mr Alfieris and Mr Chrysoulakis also discussed a series of joint initiatives that could be taken on to strengthen cooperation between the KAA and Greece.

One specific example which came up was the participation of members of the KAA in the children’s painting competition launched by the General Secretariat to mark the 100th anniversary of the Asia Minor Catastrophe.

At the conclusion of the meeting, Mr Chrysoulakis expressed his hope that during his visit to Australia he will meet with members and the Board of the KAA.