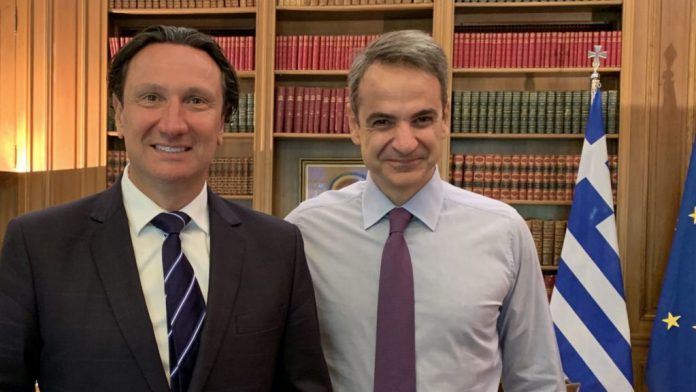 The Greek Community of Melbourne has recently written to the Prime Ministers of Greece and Australia, congratulating them on the effective measures they have taken to control the spread of coronavirus, and enquiring about when the travel restrictions are expected to be eased.

In fact, in its letter to Australia’s Prime Minister, Scott Morrison, the Community called for the lifting of the travel ban to and from Greece as “travel to Greece remains an important emotional experience for many Greek Australians.”

“Given that the Greek government recently outlined its plans to open its borders as of June 15 to travellers from 20 countries and with Australia being prominent in that list, can we encourage you to start considering your total travel ban allowing people to travel to and from Greece soon?” the statement reads.

“Beyond just tourism, travel to Greece remains an important emotional experience for many Greek Australians and connecting with family and the land of the parents and grandparents is a paramount motivation for thousands of Australian travellers each year.”

Along a similar strain, the Community also wrote to the Prime Minister of Greece, Kyriakos Mitsotakis, and congratulated him for his recent communication with Mr Morrison.

“We were particularly enthused with your recent bilateral talks with the Prime Minister of Australia, the Hon Scott Morrison, with a view to reviving travel between our two countries and by extension the respective tourism industries which, as we all are aware, have come to a halt during the pandemic,” the second letter reads.

“The Greek Community of Melbourne would also like to congratulate you on your strategic plan of re-opening Greece to the outside world. We take particular pride in the fact that Australia is one of the countries on your initial list of 20 favourable nations.”

A response from both Prime Ministers is forthcoming.