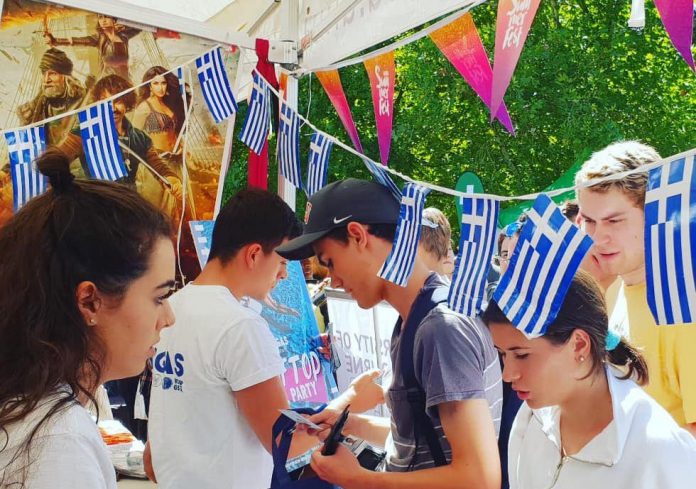 “They university’s got a future because the people like the course. There were a lot of students, they were good at the time…Vasilis was very enthusiastic, he forced you to do Greek,” said Mr Premetis.

“It’s not just money that we need help with…We’d love some students to study in Cyprus or Greece for a year. We think that will be good for the Greek community, good for the language, good for everyone,” said Mr Premetis. “The important thing is to teach Greek not just to Greeks, but to non-Greeks as well.”

Mr Premetis notes that all fundraising events, big and small, reflect the ‘filotimo’ and spirit of giving in the Greek community.

While tickets to the event have sold out, the Macquarie University Greek Studies Foundation encourages any form of donation, including cash, cheque or direct deposit.

“We would like to [work together]. We’ve never had any problems, we’d like to form a combined committee. It would be ideal for the 3 universities to form one committee. If we had that it would be easier to raise funds, because it would be for Greek collectively. I think we would get a better response,” said Mr Premetis.

The motivation behind the Macquarie University Greek Studies Foundation

A few years after the Macquarie University Greek Studies Foundation was established, its founder Vasilis Georgiou, sadly passed away in 1996, leaving behind a wife and two young children.

Not only does the heart behind continuing Macquarie’s Greek program come from a love of Hellenism, but the bloodline of brotherhood that has streamed from its establishment.

“Vasilis was my friend. He died and left his two children, 5 and 2. The 5-year-old might remember his father. The 2-year-old, I don’t think so…so when he died I had to go back to help with the course,” said Mr Premetis of his late friend. “He was very enthusiastic and very hard-working,”

Macquarie’s Greek Studies Foundation holds a poem from Cavafy very close to its values, driving a motivation that has lasted throughout generations.

“And out of the remarkable pan-Hellenic campaign,

Victorious, brilliant in every way,

As no other had ever been glorified, the incomparable: we were born;