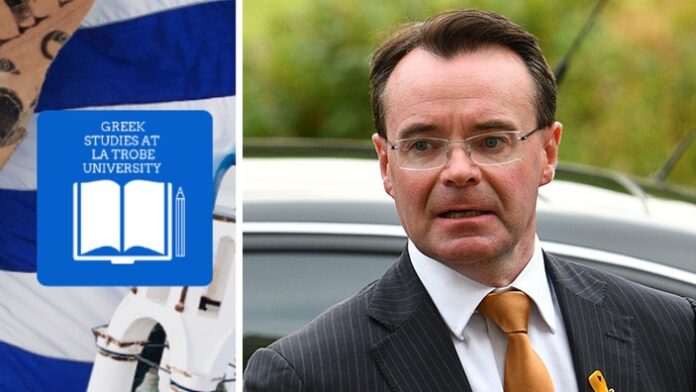 In a statement sent to The Greek Herald, the Victorian Opposition Leader, Michael O’Brien has expressed his concern that La Trobe university’s attempt to discontinue Modern Greek Studies is a ‘mistake.’

“I am concerned that La Trobe University has announced it will cease its Modern Greek studies course,” Mr O’Brien says in the statement.

“I believe this is a mistake for Victoria with its very significant Greek community and noting the enormous contribution to Melbourne, in particular, of the Greek diaspora.”

The Opposition leader goes on to say that according to the Victorian Government’s Languages Provision in Victorian Government Schools, 2019 report, 5,454 students were enrolled to study Greek across more than 30 accredited community language schools last year.

“Given Victoria’s significant population of people with Greek background – and our deserved pride in being Australia’s multicultural capital – the retention of this course is important.

“Those with a Greek heritage should have the opportunity to study a language of cultural significance to them.”