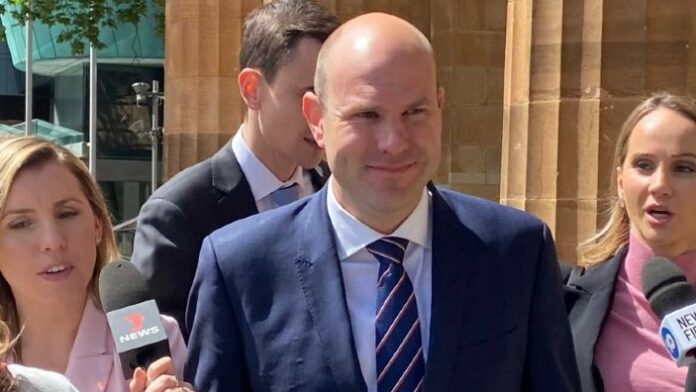 The Speaker of South Australian Parliament’s Lower House has claimed parliamentary privilege over documents gathered by a private investigator into Sam Duluk MP, who allegedly assaulted another politician at a 2019 Christmas party.

Mr Duluk will fight allegations he slapped SA Best MLC Connie Bonaros on the backside at an event at a Parliament House Christmas party last December.

He is yet to enter a plea to the charge.

In October, lawyers for Mr Duluk asked the court for access to documents from Paul Hocking of Quark & Associates, who conducted an independent investigation into the politician’s behaviour at the event.

Yesterday, the court heard those documents would be covered by parliamentary privilege and not released to Mr Duluk.

Damian O’Leary, for House of Assembly Speaker Josh Teague, told Magistrate John Fahey that his client had provided a letter to the court.

“[It] makes a claim that the documents in possession of Quark & Associates relate entirely to the investigative activities undertaken at the request of the former speaker [Vincent Tarzia],” he said.

“In that respect, the documents are only documents that have been brought into existence for the purposes of the investigation that has been made at the request of the [former] speaker and for reporting to Parliament.

“Therefore, it does, in my respectful submission, attract parliamentary privilege — the documents have been brought into existence for the purposes of Parliament.”

Lawyers for Mr Duluk told the court they did not plan to “press against the claim of parliamentary privilege.”

“As I understand it, everything returned is covered by a privilege — we’re not opposing that claim so the summons has been satisfied,” he said.

Police prosecutor Paul Tate agreed there was no opposition to the privilege claim.

Mr Duluk faces a maximum penalty of two years’ jail and will be back before the court in February.