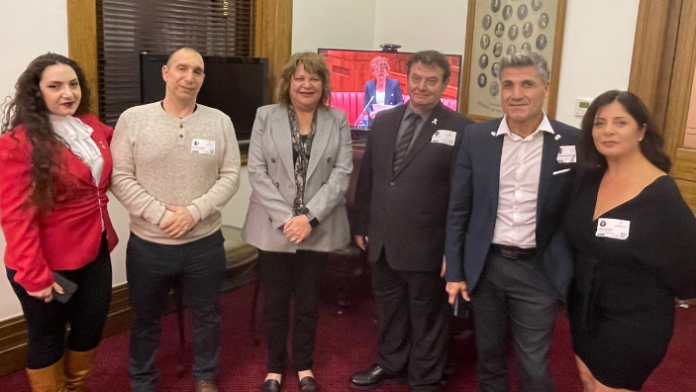 The Honourable Irene Pnevmatikos MLC called on the South Australian government on Wednesday to formally recognise May 19 as a Day of Remembrance for the genocide of Armenians, Hellenes, Assyrians and other minorities in Asia Minor by the Ottoman state between 1915-1923.

The SA Labor MP said she condemns the genocide “as the ultimate act of racial, religious and cultural intolerance,” and called on the Turkish Republic to accept responsibility and to “finally apologise” for its actions.

“Although the Turkish government ostensibly denies having committed genocide, there can be no doubt that between 1915 and 1923, on the grounds of ethnic cleansing, [it] killed millions of innocent lives,” Ms Pnevmatikos’ motion reads.

“The targeted campaign of genocide on these groups was nothing short of inhumane and devastating.”

For his part, Federal Member for Adelaide, Steve Georganas, attended a commemorative event held in the city on May 23, and he also called on the Morrison government to follow the example of US President, Joe Biden, and formally recognise the genocide of the Armenians, Pontian Greeks and Assyrian Christians in Asia Minor.

Mr Georganas also announced that he has submitted a suggestion for the issue and that he expects it to be discussed in the Australian Parliament by mid-June.