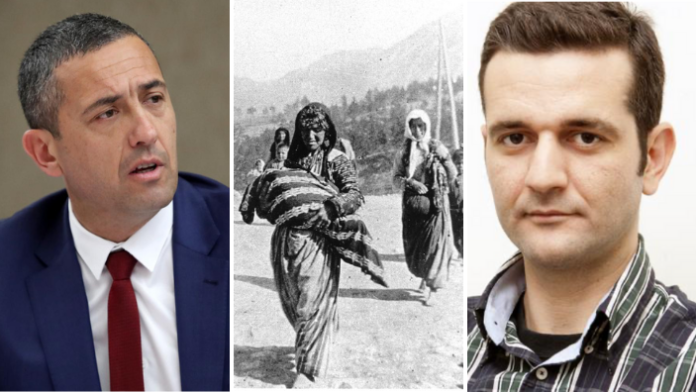 With a letter issued on Monday and addressed to the Members of the SA Parliament, Executive Secretary of the Australian Turkish Advocacy Alliance, Baris Atayman, has expressed ‘his disbelief’ in Tom Koutsantonis’ MP proposed motion for the state government to recognise May 19 as the official day of remembrance of the Greek genocide.

“As the peak public affairs body, representing the Australian-Turkish community, we are writing to you to express our disbelief in Tom Koutsantonis MP’s proposed motion to be floored this week, calling for the state government to recognise May 19 as the official day of remembrance of the so-called Greek genocide,” reads the letter.

In the same letter, Atayman says that the motion is “a distraction motivated solely by Mr Koutsantonis’ personal ethnic bias” and calls the Members of Parliament to “shun Mr Koutsantonis’ biased political manoeuvre.”

“Mr Koutsantonis’ political act is a disgrace to the great things many Greek and Turkish people who share Australian values achieve together. It will only create disharmony between our children,” it reads.

Koutsantonis: “I will not be intimidated into silence”

In his response to Attayman, Tom Koutsantonis MP says that “he will not be intimidated into silence” and that Greek people deserve justice.

“Obviously my motion in the South Australian Parliament to recognise the Genocide of the Hellenes of Asia Minor has angered those who have attempted for over a century to conceal the atrocities committed by the Turkish Military on the civilian population of Asia Minor,” says Koutsantonis.

“The South Australian House of Assembly has already recognised the genocide of the Hellenes, Armenians and Assyrians of Asia Minor by the Turkish Military. We will once again consider this motion and I will not be intimidated into silence,” he concludes.