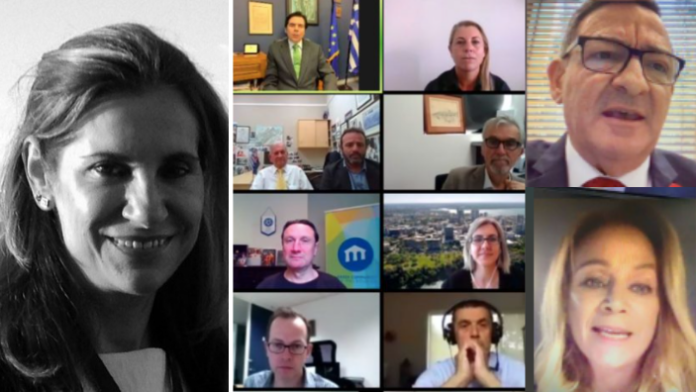 The Greek Australian Dialogue Series continued this week with Dr Artemis Papathanassiou, International Lawyer and Legal Advisor for the Ministry of Foreign Affairs of Greece.

The meeting was an opportunity for members of the Greek Australian community to share their concerns regarding the current Greek-Turkish relations, along with issues related to the Protection of Cultural Property.

“The issue within the United Nations, UNESCO and several other fora is that you have to contact States which are like-minded, which also suffer as Greece,” Dr Papathanassiou said.

“Because then on the other side, in the context of these organizations, we unfortunately have the lobby of the states with big museums, such as France and the UK, Russia, and the United States of America, who are trying to undermine old arguments by the grace of like-minded States.”

The Parthenon Marbles have long been the subject of dispute over their home in the London museum. They have been on permanent public display there since 1817, when they were stripped off the Parthenon by Thomas Bruce, the 7th Earl of Elgin, and transported to the UK.

Elly Symons also asked if there was any greater urgency initiated by other countries to “put pressure” on the UK but according to Dr Papathanassiou the majority of the communication is being relayed through international organizations.

“Yet what we are doing so far is to approach states in the context of international organizations independently.”

“We are focusing on bringing attention and awareness in the media and helping the Greek government to raise the issue at all possible levels.”

More specifically, the Federal MP asked if these motions are brought to the attention of UNESCO and the Greek Foreign Affairs Ministry or simply “disappear into the aether”.

“If you adopt a parliamentary motion in Australia, this would be a very strong voice. And this adds to our fight for the return of the Parthenon sculptures,” Dr Papathanassiou explained.

“This voice could also be used, this motion, within the United Nations, within UNESCO, and all the relevant flora.”

“Now that the celebrations of 2021 are coming and the battle of this issue will also be raised, it will be very helpful for us to have parliamentary motions from foreign parliaments, which will, assist us in raising the matter.”

The Greek Australian Dialogue Series was hosted by Paul Nicolaou, from the Australian Chamber of Commerce & Industry and the Consul General of Greece in Sydney, Mr Christos Karras.