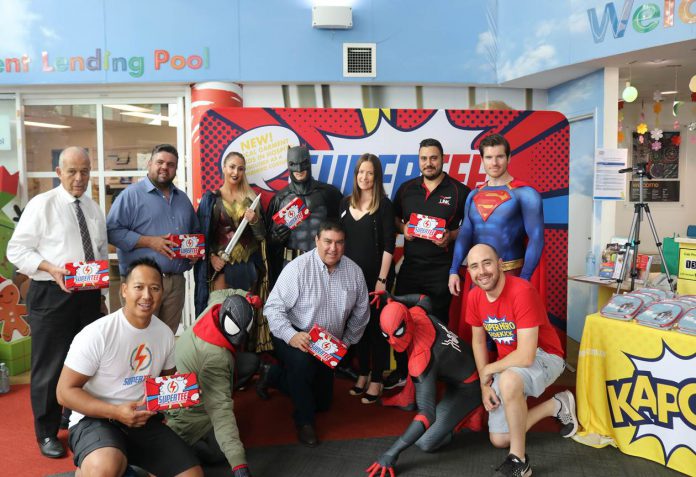 The Pan-Lesvian Federation of Australia and New Zealand joined the ‘Supertee’ mission in handing out custom ‘superhero costumes’ to battling children at Randwick Children’s Hospital.

Jason Sotiris is a full-time tradie who has sacrificed his spare time to create ‘Supertee’ – a medical garment fit for a superhero, for those little fighters taking on life-threatening battles in hospital. His motivation for this mission came after his daughter, Angela, was diagnosed with a rare type of cancer.

Throughout his mission, he has recruited many supporters. The Pan-Lesvian Federation of Australia and New Zealand is one of them, who held a fundraiser function for Supertee in September, 2019.

The Federation said they were “deeply moved and honoured to show the Greeks, and especially the island of Lesvos, are there to stand by fellow human beings in their time of need”.

“It was with great joy that we handed out those Supertee’s and put a big smile on the faces of these little heroes fighting big battles just in time for Christmas”, they said in a Facebook post.

If you want to get involved in Jason’s mission, head to supertee.com.au to find out how to sponsor a Supertee pack for a little superhero fighting in hospital.