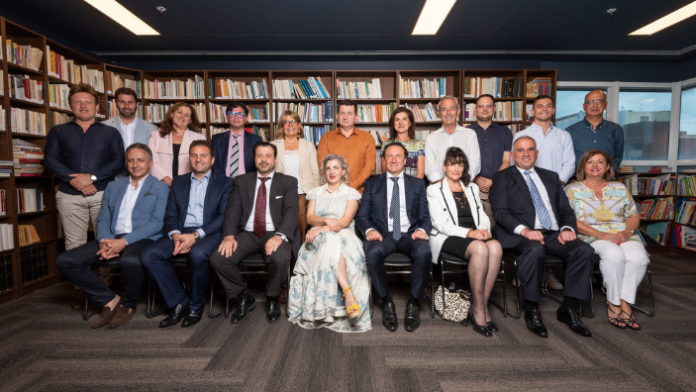 The meeting was conducted according the GCM’s rules in which following a 9 day waiting period, the Electoral Committee invites the candidates to vote in the GCM’s office-bearers for the coming term.

The election of the community’s executive team went smoothly with a unanimous election process resulting in the following Executive Team:

The Board was then handed the reins to the next term by the Electoral Committee and then the Consul General of Victoria from Greece, Emmanuel Kakavelakis, congratulated the new team and wished them all the best for their next term.

Newly elected President, Bill Papastergiadis said: “It is a great honour to once again Chair the Board of this historic organisation and to lead a team that is so enthusiastic about the organisation and our community at large.”

“The next term will hopefully see us start to emerge from this pandemic’s shadow and we do so with a team that will enthusiastically tackle all the speed humps and grab all opportunities that we create along the way,” Mr Papastergiadis added.

The GCM Board features a number of returning members but also sees an influx of eight new members into its ranks.

“Humbling,” “Exciting” and “Thankful” were all words repeated by many of the new members to the Board, such as Dean Kotsianis, Mena Giannelis and Vicky Kyritsis, as they prepared for their stewardship of the Greek Community of Melbourne.

Anthie Sidiropoulos said: “I am excited about be back on the GCM Board and humbled that it’s as a Vice President. I look forward to working with the new Board.”

Finally, long running Education advocate, Nick Dallas, was keen to press an “investment in education” as “the cornerstone in the new Board’s agenda.”