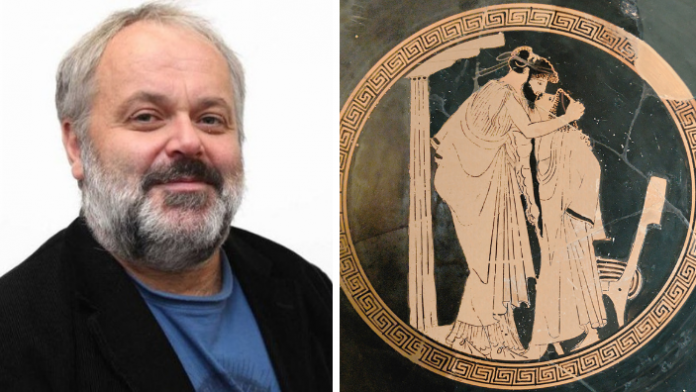 Professor Tim Parkin from the University of Melbourne will present a lecture entitled ‘Ancient advice on when to marry and have children,’ on Thursday, 3 March 2022, 7pm, at the Greek Centre, as part of the Greek History and Culture Seminars offered by the Greek Community of Melbourne.

In his lecture, Professor Parkin asks, ‘What’s the best age to get married?’ and ‘When should I have children?’ by looking at ancient Greek (and a few Roman) opinions.

As one might expect, there is no single answer so Professor Parkin also takes into consideration what motivates different people (especially Aristotle) to come up with the answers they do.

Who is Professor Parkin?

Professor Tim Parkin joined the University of Melbourne in 2018 as the inaugural Elizabeth and James Tatoulis Chair in Classics. Tim is a New Zealander by birth who was awarded a D.Phil. at the University of Oxford as a Rhodes Scholar and who, since 1989, has worked in universities in New Zealand, Australia, Germany, and the United Kingdom.

Among Tim’s publications are Demography and Roman Society (1992), Old Age in the Roman World: A Social and Cultural History (2003), Roman Social History: A Sourcebook (2007), and The Oxford Handbook of Childhood and Education in the Classical World (2014). He is currently working on a book on ancient sexual health and is co-editing a six-volume world history of old age.