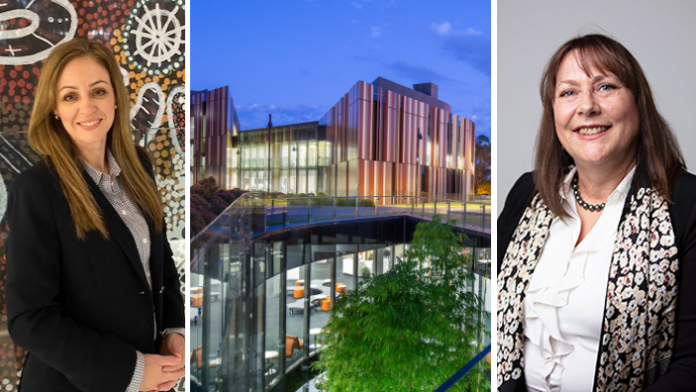 In July this year, The Greek Herald broke the news that the Modern Greek Studies Major and Diploma programs at Macquarie University in Sydney would be offered again from 2022.

Following this announcement, The Greek Herald reached out to the university and Dr Patricia Koromvokis, who is the Head of Modern Greek Studies at the university, to find out what steps were taken behind the scenes to make this reinstatement possible.

In a statement, the Executive Dean of the Faculty of Arts at Macquarie University, Professor Martina Möllering, said “a collaborative approach” together with “support from the Greek community,” led to the positive outcome.

“In 2020, in the context of a wide ranging curriculum review across Macquarie University, a decision was made to remove Modern Greek from the Bachelor of Arts major schedule, and together with Croatian, Italian and Russian, offer it as a minor instead,” Professor Möllering said in her statement to The Greek Herald.

“Throughout the course of 2021, it became apparent that the change led to an overall drop in students enrolling in the Modern Greek language units. The discipline of Modern Greek Studies within the Department of Media, Communications, Creative Arts, Language and Literature worked with the leadership of the Faculty of Arts to find a way to reinstate Modern Greek Studies, together with the three other languages.

“Macquarie University acknowledges that Modern Greek is a language with a very strong base in the Australian community which has substantial interest in Macquarie’s role as a provider of language education, and this has fostered significant partnerships with community groups over time. The Faculty of Arts at Macquarie University, which encompasses the Macquarie School of Education, is in a unique position to provide teacher training in the language, and the ongoing work of scholars in Modern Greek Studies has led to philanthropic and research income.

“A collaborative approach to reworking the language curriculum has led to a streamlined approach to teaching languages, with team-taught units that span all major programs of study. This, together with the support from the Greek community, through the Macquarie University Greek Studies Association, has enabled the Faculty of Arts to reinstate Modern Greek as a Major within the Bachelor of Arts, as a specialisation in the Bachelor of International Studies and as Diploma.

“As the Executive Dean of the Faculty of Arts I am personally very pleased to be able to welcome students of Modern Greek into all of those programs and to continue to build on our very well established connection with the Greek community to develop teaching and research projects that benefit not only the Greek community in Australia but also strengthen the relationship between Australia and Greece.”

Below is a response from Dr Koromvokis regarding the reinstatement:

1. What efforts were made behind the scenes by yourself and the Macquarie Greek Studies Foundation to reinstate the Greek studies Major at the university?

Review of courses is an annual academic procedure. In contrast to last October’s difficult and challenging decision to pause some of the language majors/specialisations and to discontinue some courses in order to mitigate the impact of the pandemic on staff and students, in June 2021 the Academic Senate decided the reinstatement of Modern Greek as Major/Diploma from 2022.

During this 9-month period multiple negotiations took place between the Executive Team of the Faculty of Arts and the Board of Macquarie Greek Studies Foundation aiming to achieve the best possible outcome for the viability of Modern Greek Studies Program. The Executive Dean, Professor Martina Möllering, a contemporary philhellene, the continuous funding support from Macquarie Greek Studies Foundation and the ongoing support of the Macquarie University Greek Association – MUGA, more specifically, the efforts made by the President, Sam Giovas, and the Vice-President, Zoe Re, played a crucial role for the achievement of this positive outcome.

While languages continue to struggle to gain legitimacy as a key learning area in many primary and secondary schools across Australia and attitudes about the value of language education in tertiary level vary across the academic spectrum leading not only to a societal apathy for learning languages but also to program cuts, reductions and restructuring, the reinstatement of Modern Greek Major in less than a 9 months period clearly demonstrates that Macquarie University values language education.

In parallel with the negotiations, the Program of Modern Greek Studies of Macquarie University has been very active during the last 12 months with engaging community events (e.g., the video conference in the occasion of the International Day of Modern Greek language, the community presentations at the NSW Parliament House and at the Greek Archdiocese on the event of the 200 years of the Greek Independence War), study initiatives (e.g., peer-support language program), impactful partnerships (e.g., the most recent one is the funded research partnership with the St. Basil’s Homes NSW and ACT aiming to teach Greek to the foreign staff of the bilingual aged care facility) and international research collaborations (e.g., the collaboration with the University of Ioannina in the organisation of the 7th International Summer University in July 2021 in Hydra). All these played a significant role not only in the reinstatement of Modern Greek Major, but also in securing a prosperous future.

Finally, the issue of the Modern Greek Major garnered considerable media attention, as Modern Greek is the language of a dynamic diaspora in Australia. The tradition of reading local newspapers has had significant influence and readership and resulted in alerting and mobilising the Greek community.

2. Has the university given any indication that this reinstatement is temporary?

The Major and Diploma of Modern Greek Studies are here to stay! On one hand, the small but steadily growing number of students studying Modern Greek at Macquarie University proves the potential for using foreign languages as a career aid. On the other hand, enrolments have never been and will never be the strength of any Modern Greek Program across the world. We, as academics, have to accept the insight of this reality and offer programs through which language skills learned in classrooms are easily transferable to real-life situations. It is of utmost importance to connect our students with the community.

Moving forward, it is vital to create impactful synergies with the diasporic Greek – Australian community and build international bridges. Macquarie University is open to proposals to collaborate with the community through innovative professional development programs. Some initial steps have been made by the innovative project ‘Learn Greek for better communication in Aged Care sector during COVID pandemic’ which is a funded partnership between MQU and St. Basil’s Homes NSW and ACT under the Macquarie University Enterprise Partnership Scheme and with the successful collaboration with the University of Ioannina for the organization of the 7th International Summer University in July 2021.

3. How will the Modern Greek Studies Major and Diploma work?

There are many study options available to all students who plan to study Modern Greek at Macquarie University. Modern Greek units are offered to all Macquarie students and students at other universities across Australia via the cross-institutional program, on campus in the new language labs of Arts Precinct or fully online. All tutorials are live streamed and recorded.