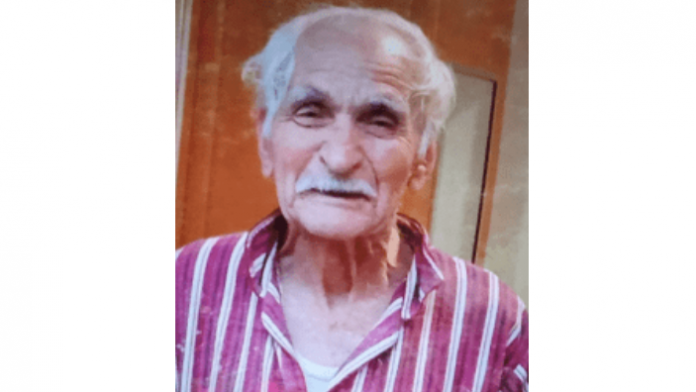 The 88-year-old was last seen at an address on Omar Street just before 10pm.

Police and family hold concerns for Con’s welfare due to his age and a recent medical operation.

He was last seen wearing blue striped pyjamas and a maroon dressing gown.

Police have released an image of Con in the hope someone recognises him and can provide information on his current whereabouts.

Fronditha Care: “Our thoughts are with the resident and his family”

In a statement released by Fronditha Care, the organisation says they are cooperating with the Police and SES in order for the man to be found safe.

“Police and SES were immediately notified and continue to search for the resident. Fronditha Care residents’ health and safety are of paramount importance to us, and we are working closely with the family and police. We are hopeful that with all the resources put into the search, he will be safely returned.

“Our thoughts and prayers are with the resident and his family,” concludes the press release.

*Anyone who sees Con is urged to contact Doncaster Police Station on 8841 3999.