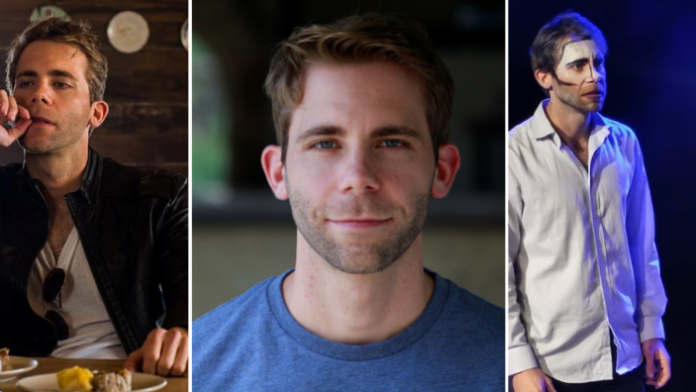 Actor Kostas Moutsoulas speaks with the Greek Herald on his new role in the upcoming contemporary Greek Australian stage play, A House on an Island in the Aegean.

The Kalamata-born discusses navigating domestic and family violence on stage, Greek representation, and immigrating to Australia in the aftermath of Greece’s financial crisis.

Why did you join A House on an Island in the Aegean?

I think the better question here is, why did [director Luke Icarus Simon] decide to have me in the play (ha!). The most important reason I decided to join this production is because… it tackles the massive issue of domestic and family violence. Especially now in the world of COVID where many have been forced to be behind doors, we all have to be alert and educated about the severity of this matter, and its many faces.

Luke has been crafting the story and script for 20 years. 20 years! It’s a big two-hander script and very challenging. The most challenging role I’ve ever done. It’s definitely not an easy task, and it comes with a huge responsibility, to tell a story that is a reality for millions.

Your character ‘Achilles’ experiences childhood violence. Does this role require vulnerability? How are you embodying the role?

I believe that for every character you approach, you have to be vulnerable, open-minded, and never, never judge the character.

Embodying a character like Achilles, who has experienced domestic violence, racism, and neglect from most of his youth and life, is a huge responsibility. I know that amongst the audience that will come to see the play, there’ll be people that have been through similar experiences or worse, or known someone who has. You want to honour these people. They are the first ones to know if you’ve done your work as an actor or not.

Is Greek representation on Australian stages important to you?

Greek actors are wonderful actors, and we deserve to be seen and heard like everyone else.

Greeks in Australia … have been through a lot. I know because my grandparents were one of them. This play it’s a great opportunity to represent Greeks, not as a stereotype, but rather as complex characters and in leading roles.

It’s sad but it is still a very rare thing to have Greek talent as the protagonists in a mainstream professional theatre, especially actors over 35, but Luke Icarus Simon is changing that.

What challenges have you faced since emigrating from Kalamata and what prompted the move?

The decision to leave Kalamata in 2014 ended up not being for the love of travel. In fact, it was the aftermath of the [global financial crisis (GFC)] that hit Greece in 2010… I was in my early 20s at this time and like so many, I too lost my job.

…I flew to Florida, United States to be with family.

[The night of my birthday I was fired from my job at a Greek diner in Port St. Lucie and] and I hit rock bottom: I had no job, no income, almost illegally living in Florida, and was surviving through the support of family.

I walked home, defeated, and told my cousin I had to go back to Greece. He asked me, “what do you want to do in your life, and I know it’s not cooking?” … I chose to be raw and honest and muttered “I want to become an actor.” Then without hesitation, my cousin bluntly said, “Then do that. If that’s what makes you happy then do that, Kosta.” A month later I was in Melbourne at the National Theatre Drama School, with very basic English skills, auditioning for the three-year Advance Acting Course.

After everything I’ve gone through… I kept living by my Pappou’s words, “You just have to be the hardest working person in the room, and you’re going to be fine.”

I hope when people see the show, they feel as inspired as I felt to be a Greek and for them to remember to be kind to people they care about.

I’d like to dedicate this show to my beloved Grandparents as they’re the reason I can be here doing what I love.

A House on an Island in the Aegean hits the La Mama Courthouse from September 7 – 12.