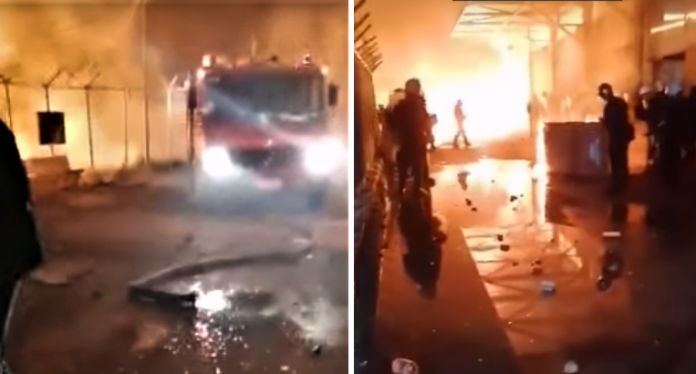 A fire has torn through Vial camp on Chios island following protests over the death of a 47-year-old Iraqi asylum seeker who had reportedly been suffering from a fever.

According to a report from Al Jazeera, the woman had been taken to hospital with a fever earlier this week but after she tested negative for coronavirus, she was brought back to the camp where she later died.

The blaze, which began during the riots, destroyed the facilities of the European asylum service, a camp canteen, warehouse tents and many housing containers, said Migration Ministry Secretary, Manos Logothetis.

“A large part of the camp’s administrative services was destroyed but there were no injuries reported,” Mr Logothetis said.

“Authorities are still assessing the full extent of the damage, but a few hundred people are likely affected because their shelters have burned down.”

At least three vehicles outside the camp were also gutted.

A police source in Athens said two Afghans and an Iraqi had been arrested in relation to the unrest following the woman’s death.