On This Day: NBA superstar, Giannis Antetokounmpo, was born 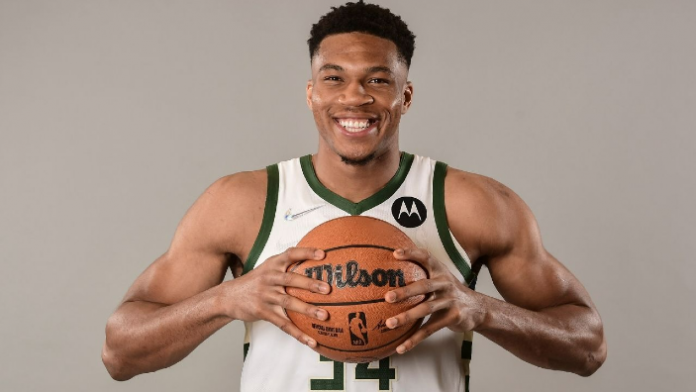 Milwaukee Bucks star, Giannis Antetokounmpo, has come a long way in his NBA career. After selling anything he can on the streets of Greece just so he can buy a pair of basketball shoes, he’s now the league’s reigning MVP and one of the best players in the world.

To celebrate his birthday today, The Greek Herald shares its top three facts about the ‘Greek Freak.’

Giannis Antetokounmpo and his brothers Thanasis, Kostas and Alexis grew up in poverty in their early days in Greece, where their parents had arrived from Nigeria as immigrants.

The NBA star and his family grew up in the Athenian suburb of Sepolia. He began playing basketball for the youth teams of Filathlitikos in Athens.

In 2013, he was granted Greek citizenship which allowed him to travel to the United States and join the Bucks later that year. His mother and brother Alex gained citizenship in 2021.

“We always felt Greek, but now we have an official stamp and we are happy,” Antetokounmpo told reporters after the ceremony.

Giannis is an NBA superstar.

In his 2016/17 season for the Milwaukee Bucks, Giannis became the first player in NBA history to finish a regular season in the top 20 in all five statistics of total points, rebounds, assists, steals and blocks.

Giannis won back-to-back NBA Most Valuable Player Awards in 2019 and 2020, joining Kareem Abdul-Jabbar and LeBron James as the only players in NBA history to win two MVPs before turning 26.

Along with his MVP award, he was also named the NBA Defensive Player of the Year in 2020, becoming only the third player after Michael Jordan (1988) and Hakeem Olajuwon (1994) to win both awards in the same season.

In 2021, Antetokounmpo led the Bucks to their first NBA championship since 1971 and was named Finals MVP. The same year, he was selected on the NBA 75th Anniversary Team.

The Disney+ service has started developing a new feature film about the life of Giannis.

The film will focus on Giannis’ early life and current career. There will be a focus on his early life as the son of Nigerian immigrants in Greece and juggling this conflict to become a leading NBA All-Star.

It is so far unclear if the film will also feature Alex and Kostas, the other two Antetokoumpo brothers.

Casting has begin for the film with the website saying they are looking for young actors to play two versions of Giannis. The first is a 13-15 year old who will play Giannis in his early teens. The second is a slightly older Giannis, depicting The Greek Freak’s rise to stardom.