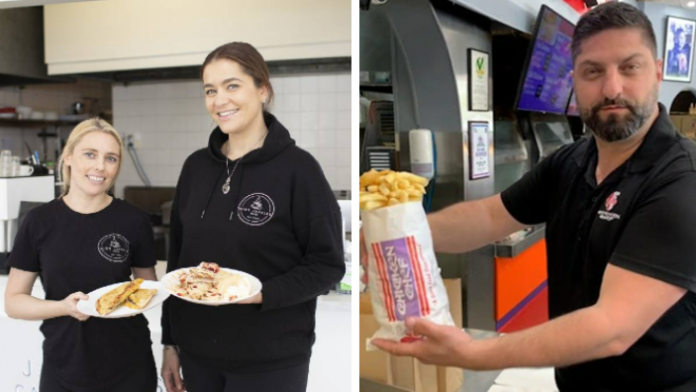 The winners have been announced for the Wotif Uniquely Aussie Awards this year and the ‘best hot chips’ and ‘best jaffles’ categories have been claimed by Greek Australians.

According to The Advertiser, Greek man, Terry, from Adelaide’s Chicken Chef shop in Blair Athol, makes Australia’s best hot chips because of their consistency and famous chicken salt seasoning.

“We were the originators of the chicken salt in SA back in the early 70s. The salt was here when I got here and I guard that recipe with my life,” Terry told the newspaper.

“You can’t buy Chicken Chef Chicken Salt anywhere. There’s only a couple of ­people that know it.”

Meanwhile in the ‘best jaffles’ category, Miss Jaffles Cafe in the seaside suburb of Cronulla has been voted people’s choice.

The cafe is owned by business partners, Vaseliki (Vass) Vais and Michelle (Mish) Weir, and they say their cafe offers the only jaffle-based menu in the Sutherland Shire and St George areas, with both sweet and savoury concoctions on offer.

“Jaffles are something that takes everyone back to their childhood. We all grew up on jaffles, putting leftovers in the jaffle or creating your own, it’s comfort food,” Vass told The Leader.

The most popular jaffle on the cafe’s dessert menu is the Miss Biscoff with Caramilk, Biscoff, strawberries and ice-cream.

They also do fan favourites including a pizza jaffle, one with mac and cheese and bacon bits, and an old-time gem with baked beans and cheese.

If that doesn’t entice you to visit this cafe, and Terry’s shop, we don’t know what will!