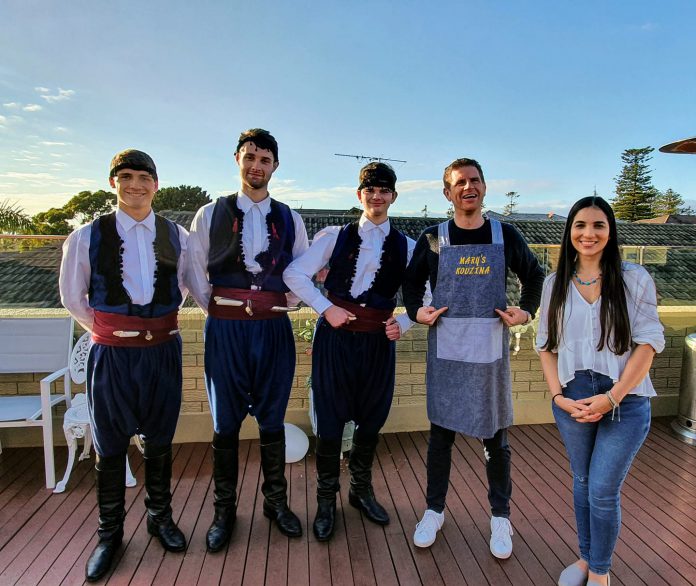 With a table full of gemista (stuffed vegetables), Greek salad, cabbage rolls and lamb souvlakia, Mary spoke proudly to the weather presenter about why cooking Greek food is important to her.

“I was excited knowing that my families recipes were being shared with the Australian public,” Mary tells The Greek Herald exclusively.

“My aim is to reintroduce and preserve traditional Greek cuisine. By doing so, we can avoid lost recipes and inspire our current and future generations to eat and raise children with the nostalgic flavours from yiayia’s kitchen.”

Surrounded by her family and friends, Mary’s dad Dionysus also had a special feature during the program, taking Sam Mac through a selection of Greek wine and spirits including tsipouro, ouzo and mastiha.

Not as powerful as the Cretan dancing that was later performed by members of the Cretan Association of Sydney and NSW’s dancing group. The Ηχο Νυξ band also provided live music entertainment throughout the segment.

A beautiful and nostalgic piece of Greece enjoyed by all who watched it this morning.

To see more of Mary’s beautiful meals, you can visit her Instagram page here.