‘It’s about the people’: A social worker in Greece shares her experiences 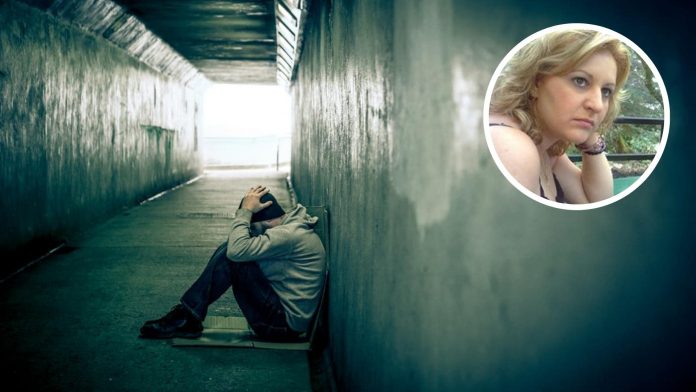 For most people who don’t live in Greece, residing in Greece can bring to mind two extremes. One is a charmed life – of lazy days at outdoor cafes, drinking frappe in the sun, including perhaps island hopping on weekends.

For those who have visited but have perhaps seen things on a deeper level, the other extreme (or perhaps more realistic and even negative version) of living in Greece, is often commented upon. Such descriptions include: being stuck in horrendous Athenian traffic to and from low paid jobs, living in apartments “like birds in cages,” short on cash or credit to be able to afford outings, too tired to cook and giving in to delivered fast food meals while watching TV and/or Netflix.

So much for the ‘living in Greece’ fantasy – more often than not informed by tourist propaganda. The truth is of course between the two extremes, which leads to shedding light on another side of Greek life, seen by a Social Worker in Greece, who works with helping drug addicts towards recovery.

Athina Bakos, aged 46, is a Greek Australian living in Greece, employed as a Social Worker for a major Greek drug prevention and treatment organisation since 2007. First working in the area of prevention, now, for the past few years, she is in the organisation’s treatment sector.

Born in Australia and having spent her early childhood there, until the age of seven when she moved to Greece with her family, Athina went on to complete primary school in Greece, before moving back to Australia where she completed secondary school and university with a degree in Social Work.

“I didn’t find it difficult to settle into Greece as a child the first time we came, but when we moved back to Australia and I went to high school there, that was more challenging,” Athina tells me.

Upon asking her what led her to become a Social Worker, Athina smiles:

“The eternal question! I always felt compelled to help people in any way,” emphasising, “even as a kid growing up. Then as an adult, it translated into Social Work: helping those less fortunate, especially people with a disability.”

Athina returned to Greece in 2000 aged 25, worked in the administrative sector while awaiting her Australian university degree to be recognised via the relevant Greek authorisation process. Upon this occurring, she began her employment as a Social Worker in the field of addictions.

Her initial role in prevention involved informing schools, including parents, about the dangers and complex facets of drug addiction, while in her current treatment capacity Social Work role, she works one-on-one with addicts seeking therapy.

The particular organisation for which she works, “provides a primarily pharmacological treatment model” Athina explains. Intake for addicts seeking help involves initial sessions with a psychiatrist who determines drug taking habits/doses in order to prescribe suitable legal medication. This approach aims at assisting addicts to wean off their addiction, with the help of counselling which Athina provides in the context of the organisation’s treatment model.

Athina states that “if used and monitored correctly, the pharmacological model can have the desired result.”

The organisation is active all over Greece, providing a wide array of services including a place where addicts can go to shower and be provided with clean clothes. Furthermore, their ‘Street-work’ facilities offer information, syringes and condom distribution.

Athina informs me that the majority of addicts who approach her organisation are addicted to pills, heroin and cocaine, but with a disturbing rising trend in addiction to ‘sisa’ – a methamphetamine which is cheap, being often cut with battery acid, chlorine, etc. and which is subsequently extremely dangerous.

Athina’s experience and insight in the field of drug addiction in Greece has led her to note the effect of childhood trauma as having a significant role to play in addicts’ backgrounds. She comments that “many addicts are from a background of broken families, which doesn’t mean though that problems in childhood of course, are exclusive or inherent only in such homes.”

On what advice she would offer to addicts, Athina responds, “seek help in the proper direction; a mother or friend for example, may not be strong or knowledgeable enough to deal with addiction. It’s better to seek a trained and experienced Social Worker or Psychologist.”

Asking her if she has any regrets about leaving Australia to live in Greece, Athina says: “I didn’t get to travel around Australia as much as I would have liked to. It’s a beautiful country, especially in the countryside.”

Responding to what she misses about Australia, Athina answers me directly and without a second thought, “I miss friends and family I have there. It comes down to the people again.”

It is this caring commitment to, and primary focus on “people,” that makes Athina an excellent Social Worker.