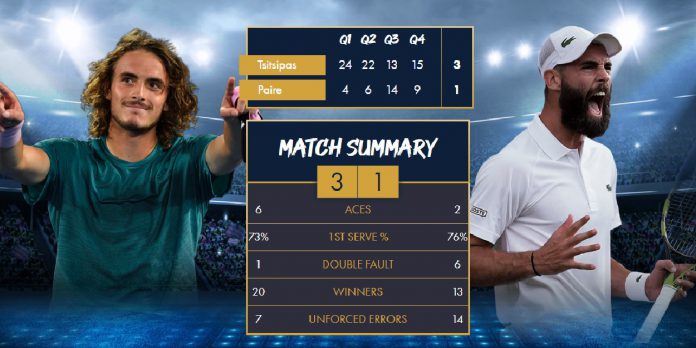 Nicknamed “The Greek God” by the tournament, Tsitsipas skillfully used his selected UTS cards, ‘-1 serve’ and ‘Steal serve,’ to gain the upper hand during the match and claim victory over an increasingly frustrated Paire.

Tsitsipas took out the first and second sets 24-4 and 21-6 respectively, but Paire got his first break of the match in the third set with a win of 13-14. However, Tsitsipas ultimately took out the fourth and final set 15-9.

When asked about his thoughts on the match, Paire said: “It was good until the fourth set. I think he’s (Tsitsipas) ready to win the US Open already and not me.”

Tsitsipas is now preparing to play against Frenchman Gasquet in the second round of the UTS.