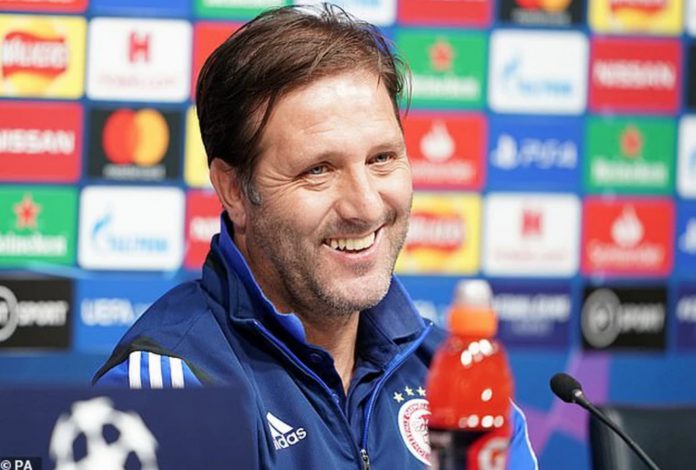 In a recent press conference, Olympiacos head coach Pedro Martins insisted that his side are ready for the Champions League duel with Tottenham Hotspurs.

When asked about Jose Mourinho’s strong start following the teams’ sacking of head coach Mauricio Pochettino, the Olympiacos head coach commended the new managers experience but stated his team were ready for the matchup.

‘We are here to represent Olympiacos, we are well aware that Tottenham are a very strong team, we know how tough it will be,’ he said.

‘But it is Olympiacos versus Tottenham. Mourinho is an excellent manager, we respect him, but we are not afraid of him.’

Jose Mourinho brings with him to the match 148 games of Champions League experience, winning the cup with teams such as FC Porto and Inter Milan.

‘We know Jose Mourinho, but it is the first time we play against him as a Tottenham manager,’ he added.

‘Tomorrow is a very important game and after we are expecting a reaction of the players. We worked hard to get to the group stage of the Champions League and we will do our best.’

The two sides will face each other on November 27 at 7am AEST.