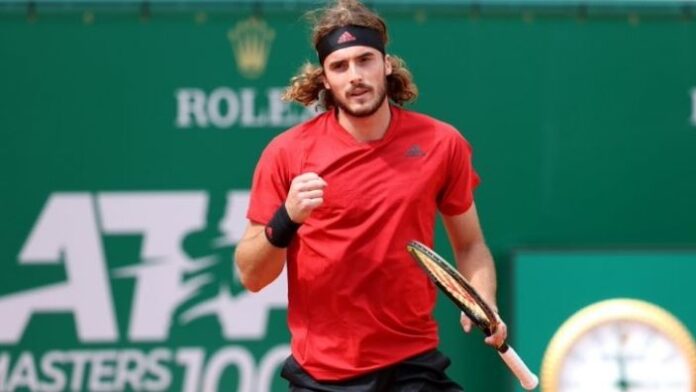 Stefanos Tsitsipas scored his first clay-court win of 2021 against one of the most in-form players of the season, easing past fellow Australian Open semifinalist Aslan Karatsev, 6-3, 6-4 to reach the third round of the Rolex Monte-Carlo Masters.

The No. 4 seed earned a decisive break in each set and saved all break points faced on serve to advance after one hour and 24 minutes on Court Rainer III.

“I was quite aggressive today and had games where I was serving really well,” Tsitsipas told Prakash Amritraj at the Tennis Channel desk in Monte Carlo.

“It wasn’t easy playing against him, considering I haven’t played him before and I didn’t know what to expect. He started pretty strong and I could tell he really wanted this win. I pushed back and knocked him out when I had to.”

The Greek No. 1 has displayed impressive consistency to reach the quarterfinals or better in his first five ATP main-draw events—finishing runner-up to Alexander Zverev in Acapulco last month—and, ranked at his career-high of world No. 5, is surely on many short lists for Roland Garros success after making his first semifinal in Paris last fall.

A 2019 finalist and semifinalist in Madrid and Rome, respectively, the 22-year-old has sought frequent advice from three-time French Open champion Gustavo Kuerten.

“He has helped me a lot,” Tsitsipas said earlier this week. “I trust him, I feel we have things in common. I wish I could have him with me, but it is important for my career that we talk, that he can help me.”

Tsitsipas awaits the winner of John Millman and 16th seed Christian Garin for a spot in the quarter-finals.