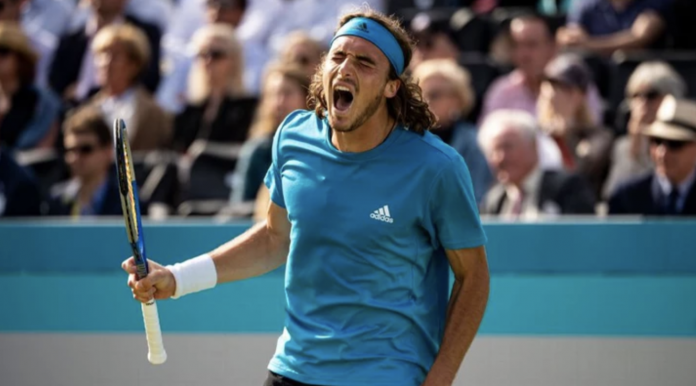 Auger-Aliassime took the first set by breaking his Greek opponent’s serve when leading 6-5.

The teenager saved three break points to take a 4-1 lead and hit a backhand out of Tsitsipas’ reach to break serve and win the match.

“He’s the most difficult opponent I’ve ever faced, and I think it’s going to take a couple of tries to beat him,” said Tsitsipas, who has faced Auger-Aliassime.

“It’s upsetting, obviously, that he’s better than me. I have to accept that.”