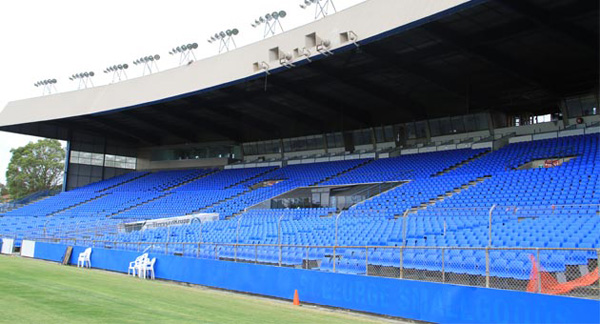 Sydney Olympic FC have released a statement with regard to recent media coverage referencing Olympic and former President Bill Papas, who resigned from the club in early July.

The Belmore side has said these allegations are “unrelated to the club” and the financial records of SOFC comply with the club’s obligations under Football NSW regulations.

Sydney Olympic Director Damon Hanlin has thanked the staff and supporters of the club for their endless support in maintaining their legacy as one of Australian football’s most historic clubs.

“I’ve always been a believer that change is to be seen as a positive. It allows for growth and positive direction, this circumstance is no different,” Damon Hanlin said.

“This is a time to take advantage of possible opportunities so that the club, under new leadership, can prosper. SOFC is a mighty club that can endure much as proven through its history. It will continue to be for years to come.”

“I’d like to take this opportunity to thank our CEO John Boulous for the strength and leadership he has shown and to all our coaches and staff for the loyalty they display toward the club on a daily basis and finally to the players who carry forward the traditions of this 64 year old club.”

“The club looks forward to its next challenge in the FFA cup. We hope to see all our supporters there.”

In the club’s statement, they also assured members and sponsors that the club is in good financial health.

“We shall keep you, our valued members and stakeholders, informed and will address any member concerns,” the statement said.