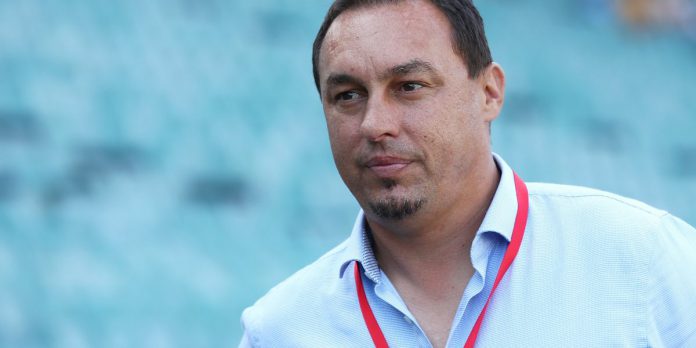 Sydney Olympic FC have replaced First Grade coach Terry Palapanis for the season reboot this year after failing to negotiate a revised contract.

The Belmore club, along with other National Premier League teams, were forced to take precautionary measures in response to the COVID-19 pandemic.

Players were asked to take on a reduced salary for the 2020 season. All players were fully accepting of the new wage offer and were happy to ensure the future success of the club.

“We are a very lucky that our players appreciate the financial impact from decreased funding and sponsorship on the Club due to COVID-19 . Our playing groups have all been willing to accept revised terms in their agreements to ensure we put the Club at the forefront of all decisions and are able to participate in the proposed competition”.

The decision has meant the Club Technical Director and former Sydney Olympic player and Hall of Fame member Ante Juric will assume the coaching role for the 1st grade team for the 11 round competition.

”While disappointed we were unable to reach an agreement with Terry for this revised competition around the Coaching role, we are lucky to have a coach of Ante’s experience on staff at the Club and he is able to step into the role immediately to take the squad as we prepare for the competition”.

The season reboot was announced at the beginning of July, recommencing in a revised format from late-July/early August and conclude in October. Played with no prize money, the season will allow clubs to work on player development and give players the opportunity to play football on a competitive stage.

“I want to pay tribute to all our clubs, administrators, officials, volunteers, players and coaches who have worked together to ensure NPL football would continue to be played this season,” Football NSW CEO Stuart Hodge said.

“I would like to thank everyone for their patience, understanding, unity and commitment to play despite these challenging times.”