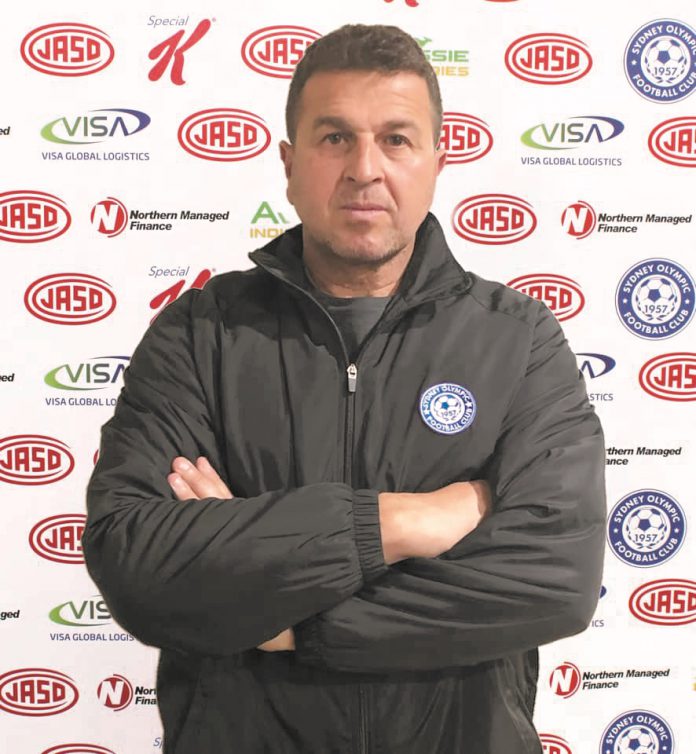 Terry Palapanis, head coach of the Men’s NSW National Premier League team Sydney Olympic, has stated that he is looking forward to a challenging opening match of the new season, following the recently released 2020 draw.

Sydney Olympic will be facing Wollongong Wolves in their first match, who are the reigning champions of the NPL following their victory in the 2019 season.

“There is no better way to test yourselves than coming up against last years Champions in Round 1,” said the newly appointed head coach.

“It is great to be at home in Round 1 and we will be looking for a big crowd to help us get our season off to a great start”.

“It’s an honour to be given the opportunity to coach at such a historical and prestigious club like Sydney Olympic, a club in which I supported as a child.

“We will endeavour to play a style of football that will entertain, but also importantly bring the results to achieve our aim of winning silverware in 2020,” Palapanis said.

Sydney Olympic will face Wollongong Wolves on Sunday 1 March 2020, with the women’s team taking on newly promoted and local rivals APIA Leichhardt Tigers away at Lambert Park on Sunday 8 March 2020.