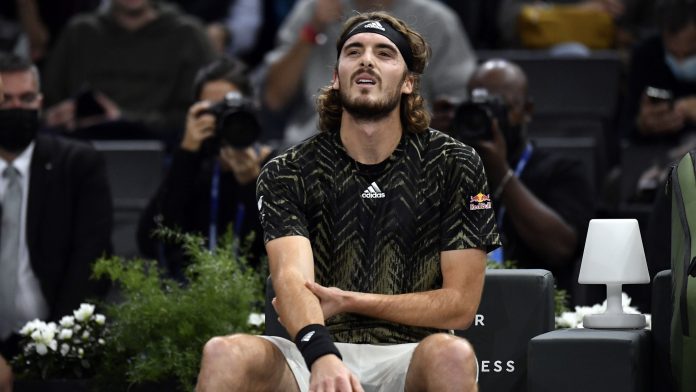 Stefanos Tsitsipas retired injured from his second-round match against Australian Alexei Popyrin at the Paris Masters on Wednesday.

Tsitsipas, 23, led 4-2 during the first set when he appeared to have a right arm problem.

“I haven’t retired once in my life, and it was something that I had to do today,” he said.

He declined to share details of his physical condition but said he didn’t want to aggravate the problem ahead of the ATP Finals from Nov. 14.

“I’m trying to be precautious for the next tournament, which is the most important one for me,” he said.

“My arm has been — I have had an issue there for quite a while now. It has gotten bigger in the last couple of weeks, so I’m just trying to protect it.”

“I’m going to have treatments. I’m going to try and have the best people treat me, and give me the best advice. Anything possible to recover and be 100% again.”