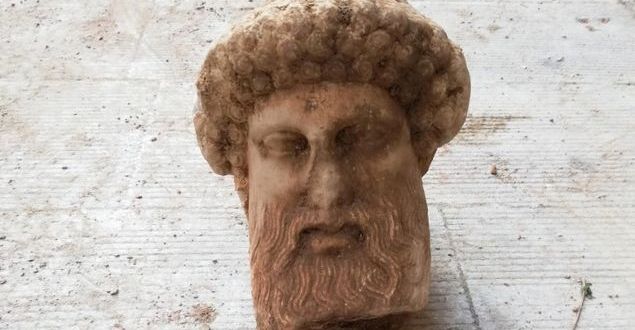 The news was shared on Facebook by the Mayor of Athens, Kostas Bakoyannis.

“It was found just one and a half meters below the ground, during the infrastructure upgrade works on Aeolos Street on Agia Irini Square… Unique Athens!” Mr Bakoyannis wrote.

In a statement, the Greek Culture Ministry said the finding is in good condition and has been transferred to an Antiquities Ephorate warehouse.

Archaeologists there will study the statue to determine its approximate date and decipher the person, real or imaginary, it depicts.

Some speculate the marble head belongs to an ancient Greek God, probably Zeus, others say it depicts a prominent ancient Athenian.

Others claim that the sculpture represents Hermes Propylaeus of Alkamenos and it is believed to date back to the 4th or 3rd century AD.

Only time will tell which person the head depicts.