Stefanos Tsitsipas: Freedom is the oxygen of my soul 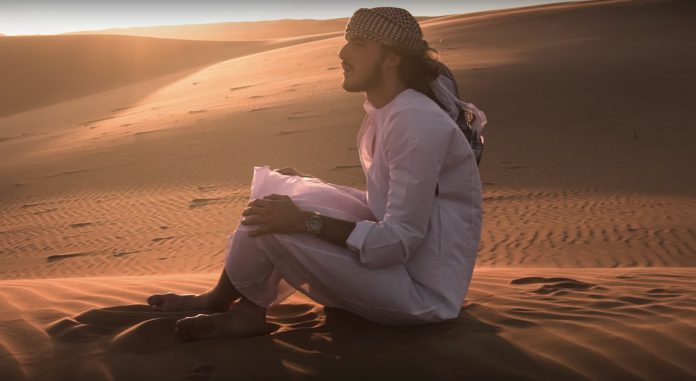 Set in the enormous Jordan desert, Tsitsipas visualises his journey of peace and prosperity to his audience. In the description of his YouTube video, Tsitsipas speaks of the growing feeling of anxiety in the world today.

Read More: Stefanos Tsitsipas gives back to the homeless in Manila

“A fast, nervous planet is creating fast and nervous lives,” Tsitsipas writes in the video description.

“We are more connected, yet feel more alone. Unlike my smartphone, there is no ‘slide to power off’ function for anxiety. But the question remains, how do we feel happy when we are encouraged to be anxious?”

The one minute clip directed and produced by Atelje Sthlm, can be watched through the link above.

Tsitsipas narrates that he worships freedom more than anything else in his life, and values its ability to help him “freeze time and think”.

Stefanos Tsitsipas’ YouTube channel has so far collected over 171,000 subscribers. The tennis star makes about 3-4 videos per month on his tennis journeys, meetings with other celebrities and simple piece to camera vlogs.

“Sharing with you the best moments and experiences I gain on my tennis journey,” Tsitsipas’ YouTube bio says.

The Tennis superstar recently made a vlog that reached over 40,000 viewers. In the vlog, Tsitsipas speaks about his personal experiences in the past month, as well as providing his viewers with a mental health update.

Stefanos Tsitsipas made his first video 5 years ago, and recently reached a total of over 4 million views for his channel.