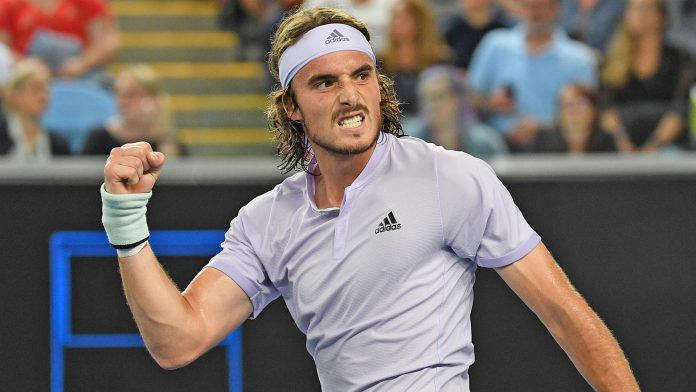 The number six seed Stefanos Tsitsipas has slammed some of his own supporters after a vocal contingent of Greek fans took their admiration of the 21-year-old too far.

“I really like they come and support me because that gives me a lot of positives in my game. I don’t really know why they want to go the extra mile some of the time,” he said of a group of 40 or so, almost exclusively male, supporters who sang his praises throughout his three set victory over the Italian Salvatore Caruso.

Not all opponents will understand what is going on with the chants he said.

“From their side, they should be a little bit more respectful to the opponents. That’s all. Nothing else. They can do what they’re doing, but probably with more respect.”

It was, he said, an attitude that sprung from football (soccer) and was also a little distracting for him as well as disrespectful to his opponents.

“(It) doesn’t really belong in tennis. It should stay in football, not in the tennis court.”

Tsitsipas’ plea to his fans mirrors world number Rafael Nadal’s thoughts after this month’s ATP Cup final in Sydney where the Spaniard said that some fans do not understand tennis and its conventions.

“They think it’s (like) football and stuff and the atmosphere in tennis is different. The respect for the players should be there and at some points, I think the respect from a small part of the crowd (wasn’t) there,” Nadal said.