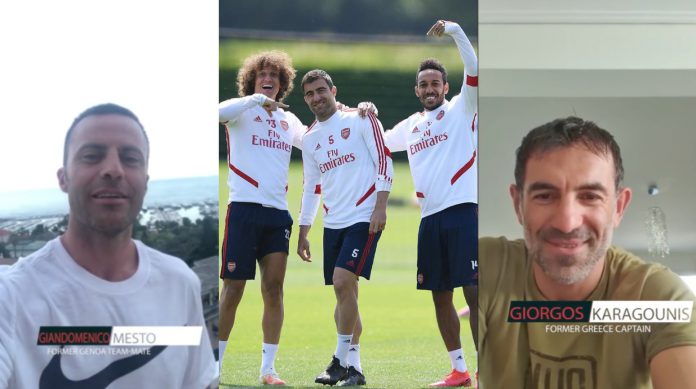 The living Greek legend celebrated his 32nd birthday on Tuesday, with Sokratis Papastathopoulos being surprised with a compilation of birthday wishes from current and former football teammates.

The video opened up with birthday wishes from former Borussia Dortmund, Genoa and Werder Bremen teammates and coaching staff.

Some of Sokratis’ teammates, including former Italian international Giandomenico Mesto, even managed to send a few heartfelt words in Greek. Teammates that weren’t as bilingual, including Marc Bartra and Manuel Akanji, simply wished the ‘malaka’ a happy birthday.

The Arsenal player posted the compiled video to Instagram with the caption “what a surprise”, thanking everyone for their birthday wishes.

Sokratis currently plays as a centre back for English Premier League club Arsenal and the Greece national team, making 90 international caps since his debut in 2008.