Panathinaikos BC to be sold for 25 million euros 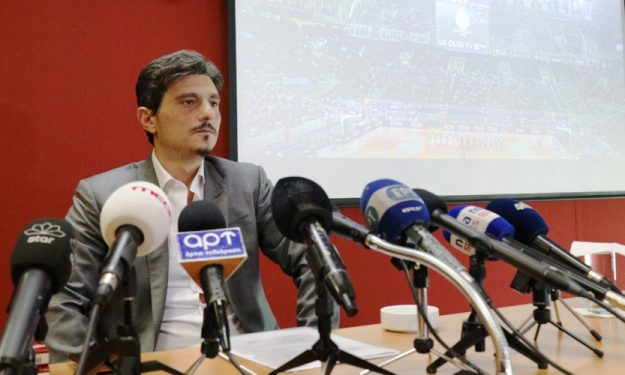 Dimitris Giannakopoulos revealed on Tuesday that Panathinaikos BC is up for sale for 25 million euros, while also stepping down from the club’s board.

As part of the announcement, Giannakopoulos expressed his desire for the club’s new management to leave the EuroLeague in favour of the FIBA Basketball Champions League.

“From this moment and onward, Panathinaikos is for sale for 25 million euros, like I wrongly committed last year,” Giannakopoulos said.

“We hadn’t taken into account the value of this brand. According to estimators, just the value of the commercial brand reached 75 million euros. I’m not changing a single word. 25 million.”

Giannakopoulos solemnly began the press conference by stating that his family has spent almost $373 million euros from 1987 to 2012 for Panathinaikos.

“EuroLeague is a black box. Teams don’t know what will happen with their money. They learn their revenues 15 days before the launch for the season without knowing the ‘from where’ and ‘why,’” Giannakopoulos added.

“In 2002 we threatened to not play in the Final in Bologna because Bertomeu wasn’t telling us the sums. Since 2009 everyone was talking about the revenues of the competition. But we suffered more than anyone else in fines and ‘slaughters’. Maccabi, Panathinaikos and Olympiacos sustain EuroLeague with half of their television rights money going to the League”.

While Giannakopoulos is leaving the club, he added that he hopes to see the Basketball Champions League evolve into a dominant competition in Europe.

“I see that FIBA works with a plan. In the last couple of years, they have made some joint ventures with NBA, Oceania, Asia. Watching the plan and the money they intend to invest and the longterm plan about basketball, I believe that very soon they will be the sole powerful competition in Europe.”