Sofia Sakalis: My dream is to play in the World Cup 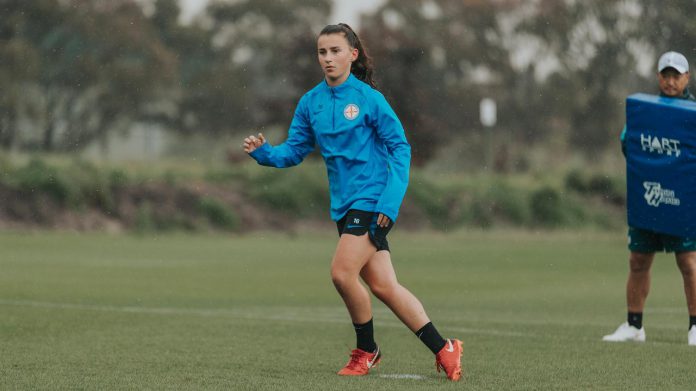 One of Australia’s rising female talents, 17-year-old football player Sofia Sakalis has dreams to one day represent Matilda’s on the big stage. With Australia and New Zealand being announced as the hosts for the 2023 Women’s World Cup, she may not be too far from her dream.

Speaking exclusively to The Greek Herald, Sakalis revealed she will be working harder now, more than ever, to play for the Matilda’s on the world stage in 2023.

“I’m excited about the 2023 World Cup in Australia and New Zealand, I’ve been dreaming of playing for the Matildas in a World Cup since I was a child,” Sakalis said.

“Now I am given the opportunity. I am turning 18 years old and I have another three years ahead of me, I will try and work hard to achieve my goal. In 2023 I’ll be 21 years old and I will be more mature as a footballer and I believe I will succeed.”

The Greek-Australia Young Matilda’s player started playing soccer from the age of five, and has since then dreamed of going professional.

Sofia Sakalis hopes that the tournament arriving in Australia and New Zealand will bring the much-needed publicity to women’s football in Australia.

”I believe the benefits will be huge. First of all, the publicity that the sport has received since this morning, and until the next three years, is great,” Sakalis said.

“More and more girls in Australia will want to play football and stand out and will, most importantly, strengthen the women’s championship here in all categories.

“I believe it will become more professional and keep the players in Australia, because in recent years many players are leaving to teams in America and Europe, due to the increased pay.”

The Melbourne City player was also asked if there were any other football players of Greek origin with the potential to play with the Matildas at the World Cup.

“Of course it’s my girlfriend from Sydney, Angelica Christodoulou, who competes for Sydney FC and Sydney Olympic and is a member of the Australian National Youth Team.”

Scoring an astounding 12 goals in 8 games for the Matilda’s Under-17’s team, Sakalis’ dream of playing with the Matilda’s may be set to come true.