Sakkari defeats Mertens to reach French Open Round of 16 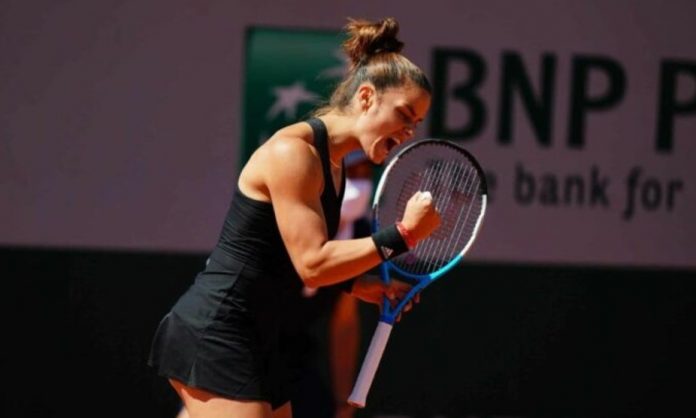 Maria Sakkari has advanced to the French Open Round of 16 after defeating Elise Mertens of Belgium in 2-1 sets on Saturday.

Sakkari hit nine aces in a match where she truly showed her class as a potential world great. Her athleticism and technique seemed a level above of her opponent who still was able to deliver strong returns at Sakkari.

The Greek lost the second set on a tie-break, yet that only drove her to dominate Mertens in the final set, winning 6-2.

Sakkari finished the game 7-5, 6-7, 6-2 on the third round of Roland Garros and will play 2020 runner up Sofia Kenin in the next round. The match was Sakkari’s best ever result at the Roland Garros.

Sakkari has said previously that it’s her Spartan heritage which brings a fighting mindset and pushes her to reach a high level.

“I labored rather a lot on my mentality with Tom and with a specialist, and then I beat all these gamers again to again. I noticed that I additionally belong there due to my outcomes and I simply gained confidence. I have never misplaced it but.“

Sakkari and Tsitsipas will hope to reach the Roland Garros finals.