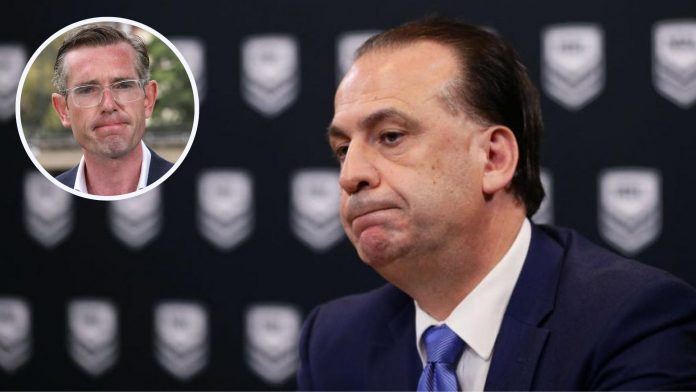 V’landys said Premier Dominic Perrottet this year promised to upgrade local grounds across the city as part of a deal to keep the NRL Grand Final in Sydney until 2042.

“We shook hands. We looked each other in the eyes and we did a deal,” V’landys told Nine radio this morning.

According to The Daily Telegraph, the Premier has since refused to commit funding to rebuild the stadiums, with flood reconstruction his main priority.

“The NSW government remains committed to upgrading suburban stadiums, however, following recent natural disasters and the COVID-19 pandemic, it is appropriate that further investment in stadia is staged,” the Premier said.

In response, V’landys is threatening to move the NRL Grand Final from Sydney and he has accused Mr Perrottet of making excuses for backing out of the deal.

“He used other excuses back then [in negotiations] to reduce the amount he was going to spend on these community assets,” V’landys said.

“They’ve left it right until two weeks before we have to sell tickets to the grand final. To use human tragedy to spin themselves out of it is unheralded in my eyes.”