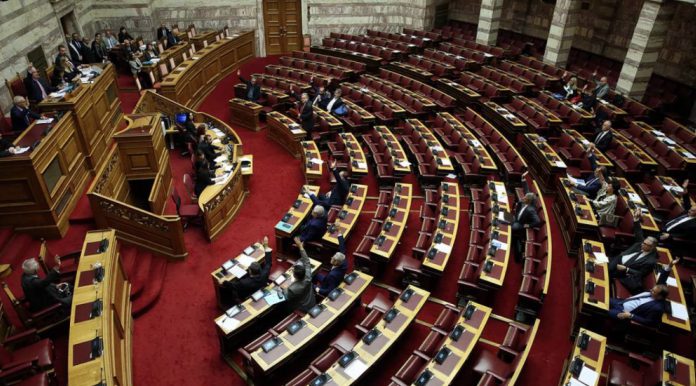 The House of Representatives voted to revise the Constitution yesterday, with nine review proposals being approved.

The amendments were in relation to many pressing issues in Greece, including the presidential election procedure, voting rights for the Greek diaspora abroad, and a guaranteed annual income.

The approved amendments include the following:

1. Article 32, Paragraph 4: New Democracy’s proposed changes to the election process of the President of the Hellenic Republic, which mean that in the case of a deadlock, the need for consensus with other parties is no longer necessary. Essentially, the elected party can elect their own President without contribution from other parties.

*It should be noted that there are 158 New Democracy MPs.

2. Article 54: It was also approved that Greeks living abroad will be able to vote in Greek elections if they are registered in Greece’s electoral rolls and have some kind of economic ties with Greece.

3. Article 86: The law on ministerial responsibility, which upholds the rule of law to abolish special legal protection for MPs, including shorter statute of limitations.

4. Article 62: An immunity limit was approved which grants immunity to MP’s under criminal or other prosecution while Parliament is in session.

5. Article 68: This was in relation to the right to propose a parliamentary minority Inquiry Commission.

6. Article 101a: To limit the election of members of Independent Authorities to 3/5 of the Conference of Presidents, instead of 4/5 as it is today.

7. Article 73: The approval of the popular legislative initiative, which allows citizens to submit bills to be debated in Parliament.

8. Article 21: concerned the constitutional guarantee of a minimum income for all Greek citizens.

9. Article 96: was in regards to the special statues of the military courts.