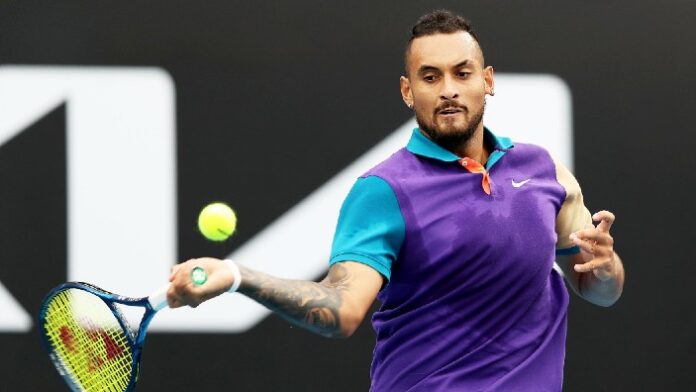 It was a tough start for Nick Kyrgios in his first-round Australian Open clash, but the tennis player ultimately claimed victory against his Portuguese opponent, Frederico Ferreira Silva, 6-4 6-4 6-4

Playing on John Cain Arena with only limited fans, Kyrgios was down a break at 0-2 in the first set when he turned his attention to his player’s box, loudly exclaiming: “Tell your girlfriend to get out of my box!”

It’s unclear who exactly he was referring to, but it proved the catalyst for a quick turnaround in fortunes. Kyrgios quickly broke back and evened the contest at 2-2.

From there, the Australian was almost unstoppable, taking a 5-4 lead in the set before eventually taking the first set 6-4.

The second set passed quickly with Kyrgios breaking his opponent early on – including winning a game in just 46 seconds – to win that set 6-4 as well.

In what commentator Todd Woodbridge referred to as “the Kyrgios rollercoaster,” he lost two consecutive games to love after breaking his opponent to start the third set.

Kyrgios responded perfectly though with another break of serve and despite what he called a “pretty average” performance, he moved into the second round.

“It was special,” Kyrgios said about being on John Cain Arena.

Kyrgios will now face French tennis player, Ugo Humbert, in the second round.