Nick Kyrgios: I don’t want to go play tennis, I do because I have to 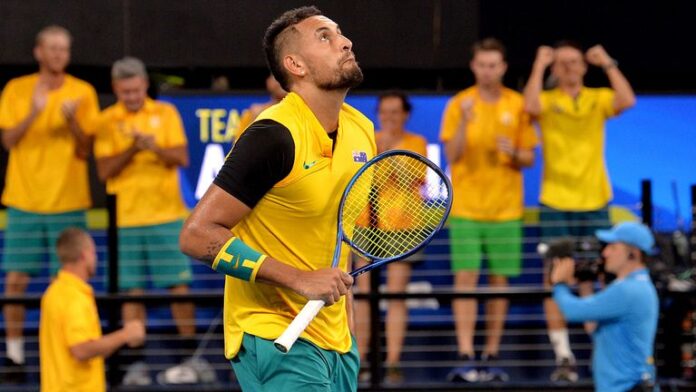 Nick Kyrgios’ sad realisation of his tennis career has been revealed after his response to an interview saying he could go pro in basketball.

Former basketball star Corey ‘Homicide’ Williams appeared on Bob and Andy’s SEN Radio show, speaking about Kyrgios’ basketball performance during an event to celebrate the partnership between Hennesey and the NBA in Bondi.

“Kyrgios got a jump shot,” he said on SEN.

“Put it to you like this, he shoots better than I shot as a pro. I promise you. The weakness in my game was outside shooting, and from what I saw with him playing, he got a jump shot.

On Thursday, Kyrgios responded to the interview, admitting the “sad” truth.

“Man, if you continue listening it’s actually sad hey because you guys are bang on, I just wanna hoop and vibe,” he wrote.

“‘Homicide’ is one of my brothers, cut from the same cloth. I don’t wanna go play tennis lol I do because I got to.”

The 26-year-old recently announced that he will return to the ATP in Mallorca next month.

“I am super excited to get back on there,” he said to The Daily Telegraph. “I am travelling with my best friend and girlfriend.

“I think now is my time to play. I’ve had time to rest, regroup and see my family so now it is time to do what I do best.”