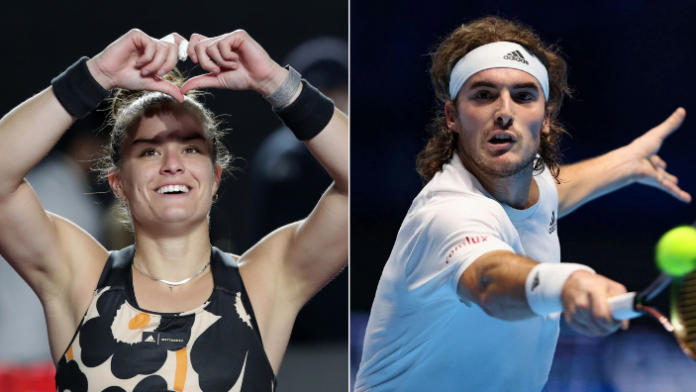 Maria Sakkari has secured her spot in the semifinals of the WTA in Mexico, while Stefanos Tsitsipas lost out in his opening match at the ATP Finals in Italy.

“It was a rollercoaster match from both of us,” said Sakkari, who had lost in her four previous meetings with the Belarusian.

“I was up a break, then she was up a break. It was just a matter of who took the chances. I think at the end I just played with my heart and fought well, just turned things around.”

Up north, Tsitsipas lost 6-4 6-4 against Russian Andrey Rublev on Monday in his third appearance at the tournament.

The world no. 4 has promised to turn things around and qualify for the semifinals.

“Despite the loss, I feel I will get more chances. I want to step it up and play better tennis next time,” Tsitsipas said after the match.