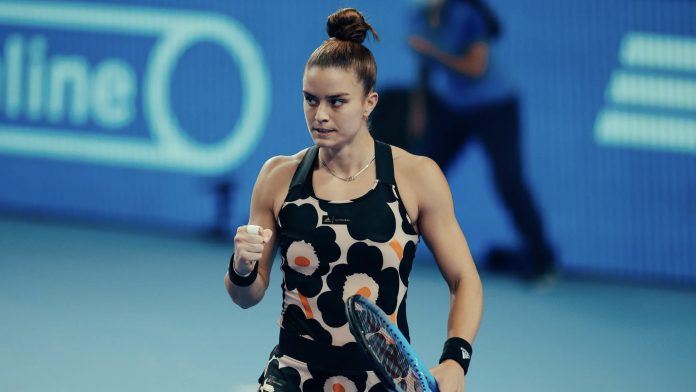 Maria Sakkari clinched the spot at the WTA Finals for the first time by reaching the quarterfinals at the Kremlin Cup on Thursday after advancing past Anna Kalinskaya.

Sakkari is the first Greek woman to qualify for the finals.

“It’s achieving one of my biggest goals this year, it’s very satisfying,” No. 3 seed Sakkari said.

Sakkari was leading 6-2, 1-0 when Kalinskaya retired with an illness in the second set.

Sakkari became the first Greek woman to reach the US Open semifinals last month after defeating Karolina Pliskova 6-4, 6-4 in the quarterfinals.