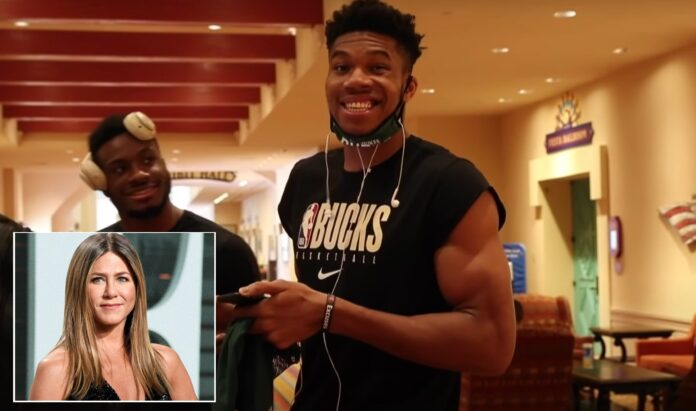 While ‘Friends’ megastar Jennifer Aniston is one of the most popular actresses in the USA, not many know that she has a strong Greek heritage.

A video released by The Bucks social media team shows Greek NBA MVP Giannis Antetokounmpo trying to convince his teammates that the Jennifer Aniston is Greek.

“You know she is Greek? You know Jennifer Aniston is Greek?,” Giannis said after one of his teammates excuses for having his shirt off was, “Jennifer Anniston will see this”.

The Greek MVP’s teammates refused to believe the ‘Just Go With It’ and ‘Marley and Me’ actress came from Greek origins. Giannis proceeded to get out his phone to prove it himself.

The video posted by the Bucks shows ‘stay-at-home’ highlights from the team’s COVID bubble in Orlando. In the video they show the recovery of the players, their games in the Disney World swimming pools, along with Giannis Antetokounmpo’s great effort to convince that Jennifer Aniston is Greek.

Antetokounmpo was given the NBA MVP award for the second time in a row this season, becoming the first Greek NBA player to win back-to-back NBA MVP awards.