How Greece could line up at the 2021 World Cup 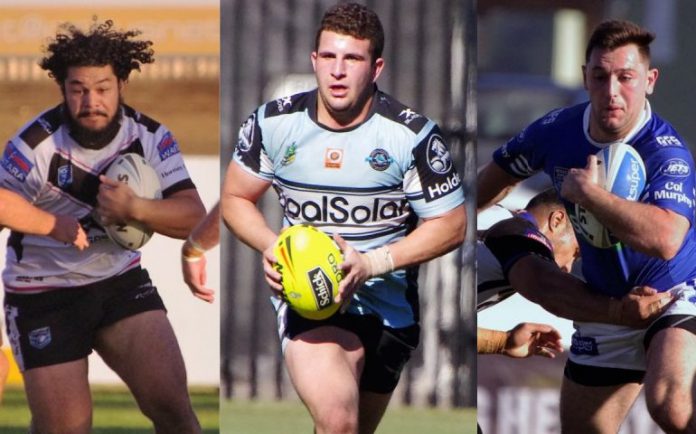 Much has been made of the Greeks’ journey to their maiden World Cup, particularly how they defied their own government and even lied about where games were being played in order to qualify.

With a squad of mixed heritage players and representatives from the growing Greek domestic league, Serious About Rugby League writes about how they could potentially line up:

Young South Sydney Rabbitohs back Robinson was a standout for Greece during the World Cup qualifiers, scoring a hat-trick in their 82-6 win over Serbia in November. He can play either at fullback or in the halves and has started to develop a superb combination with scrum-half Jordan Meads.

Mitsias was most recently plying his trade with North Sydney Bears in the Australian Jersey Flegg competition. He too was excellent in the qualifiers, scoring two against Serbia. Like Robinson, Mougios is one of four South Sydney juniors in the squad and is progressing well through their junior ranks. The 21-year-old captained their Jersey Flegg side to a Grand Final win in 2019 and was rewarded with a call-up to the Bunnies’ pathways squad in pre-season, featuring alongside several first-team players. He’s a big, athletic winger and will be hard to put to ground.

PE teacher Constantinou is one of the many success stories within the Greek squad. He is one of the longest-serving players in the side, having made his debut in 2013, and will make his World Cup debut aged 32. A utility back or second rower, Constantinou plays and coaches at the Sunbury club in Melbourne when he’s not teaching and qualifies for the squad through his family, who are from the Greek island of Lesvos. 30-year-old Zampetides makes up the other half of this veteran centre pairing. He too made his Greece debut in 2013, playing alongside the likes of NRL Premiership winner Braith Anasta and former Wakefield prop Michael Korkidas in a 90-0 win over Hungary.

Ilias and Meads form an exciting partnership who will aim to light up the competition. 20-year-old South Sydney half Ilias has yet to feature for Greece but is likely to be called-up after making an impression for the Rabbitohs. Like Mougios, he played a big part in the Jersey Flegg Cup Final win and was even called into Wayne Bennett’s NRL Nines squad, playing alongside the likes of Damien Cook, Bryson Goodwin and Cameron Murray. Meads will be fairly familiar to UK fans, having spent a year with Newcastle Thunder in 2014/15. The ex-New Zealand Warriors junior was a popular character, with his on-field charisma and natural talent garnering much praise, and he’ll be hoping to showcase that again on the international stage.

The Tsikrikas brothers have been involved in the Greek setup for several years, first making their debuts back in 2014. Based in Australia, the pair spent time in NRL academies in their junior days and played for St Mary’s Saints in the Ron Massey Cup competition in 2019, before featuring for Penrith Panthers in pre-season. They’re now part of the Panthers’ Canterbury Cup team and form a formidable front row partnership.

Mamouzelos is the third and final South Sydney player included. The 19-year-old hooker put in a Man of the Match performance in the qualifying game against Norway in May 2019, scoring four tries and all but commanding a starting spot in the Greek side for the near future. He’s a wiry dummy half with great speed out of the ruck, having worked closely with Australian international Damien Cook, and will benefit from already playing alongside teammate Ilias at Souths.

Magoulias was the household name in the Greece squad throughout the qualifying rounds, having made his NRL debut for Cronulla in 2019. He’s a hard-hitting back rower, given his stocky stature, but also has several other elements to his game, including handy passing and kicking abilities similar to those of Feleti Mateo or Ali Lauitiiti. Alongside him, Sydney Roosters youngster Kambos made his debut in last year’s Autumn qualifiers, scoring a try in each of the two games against Scotland and Serbia.

The Gold Coast utility forward is yet to make an appearance for Greece but does qualify to play for them through family heritage. He’s reportedly told the coaching staff that he’s keen to be involved and would bring plenty of experience to their side. He’s spent the last nine years in the NRL, racking up over 150 appearances, and would act as a leader in the middle of the field.

All four subs were heavily involved in the qualifiers and provide perfect rotation options off the bench. Lively hooker Vrahnos currently lines up for Salon in the French Elite Two Championship, having joined the club from Sydney University in Australia at the end of 2019. His brother Adam, who recently signed for UK amateur side Rochdale Mayfield, is also likely to be pushing for a spot on the bench. Bastos is well-known in the UK, having made history in 2018 when he became the first Greek player to play professionally in the European competition. He lined up for Hemel that day, before more recently going on to play for Doncaster. He’s a no-nonsense, hard-hitting forward, as is Tuliatu. The 24-year-old moved to the UK to join West Wales in 2019, before moving to London Skolars mid-season, where he still plays. Back rower Sell is another who’s been a staple in the Greek side for years, playing a crucial part in not only their qualification for the tournament but also the growth of rugby league in the country as a whole.